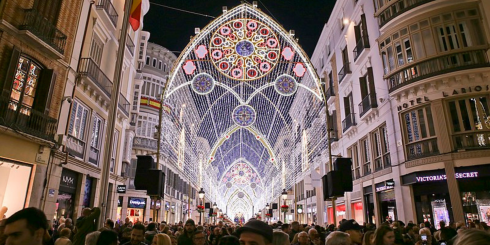 ANDALUCIA aims to put a stop to the increasingly extended period of Christmas lighting.

In a draft decree to regulate the protection against light pollution in Andalucia, the Junta aims to limit the use and period of the festive lights.

The text of the draft decree establishes that “the festive and Christmas lighting will be regulated by the municipalities in their municipal ordinances through a lighting regime that minimises light pollution and energy consumption,” with the Junta aiming to reduce the number of days the lights are displayed, as well as a period during the night when the lights should be switched off.

The Junta has proposed that the festive lighting should be “turned off at night except on the specific days established by each municipality.”

Additionally, “to adjust the number of days of lighting to the duration of the holiday,” ie: December 22 and January 6, stating that the lights should not be switched on before December 8.

Furthermore, the Junta has stressed that “the municipalities must ensure that the lighting established during special periods minimises light pollution, optimizes energy consumption and operates for the minimum possible time at night”.

The draft decree also addresses other aspects such as the excess lighting of beaches and coasts, aiming to reduce this night ‘illumination’ to activities authorised by the competent public administrations.