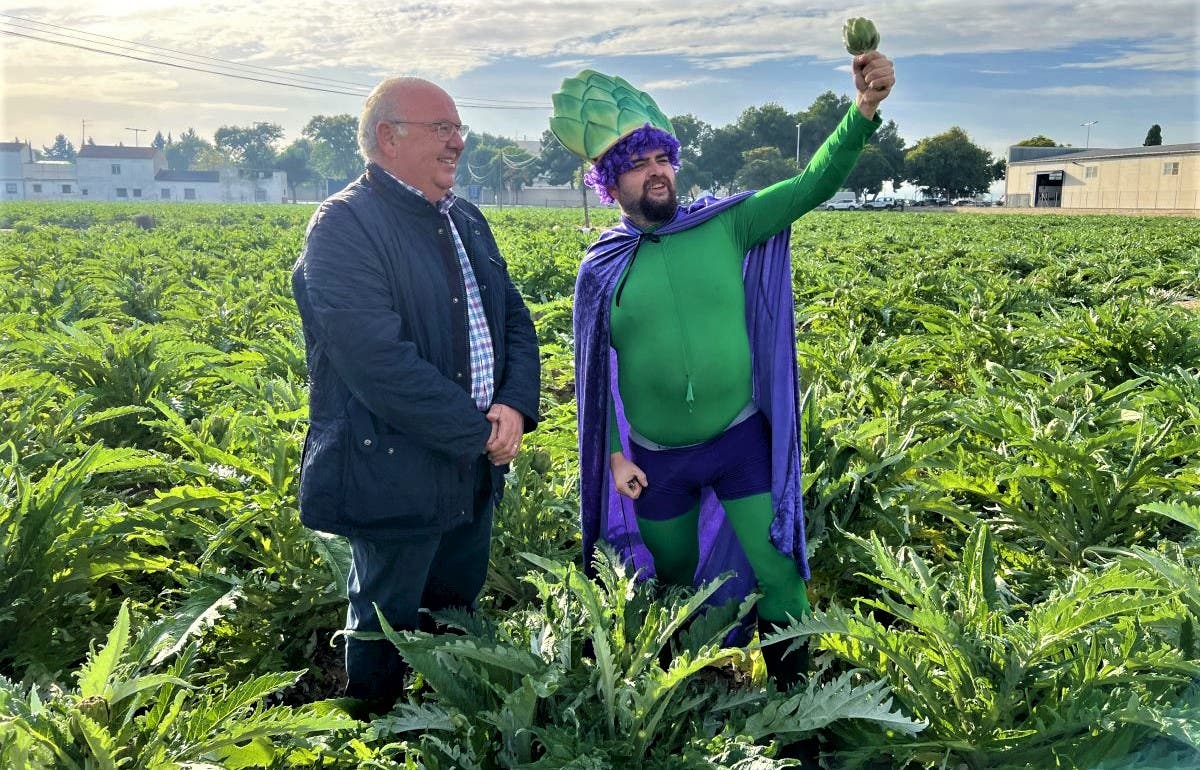 ARTICHOKE producers from the Vega Baja region of Alicante Province have hired a superhero in the form of AlcasilMan- a character created by local comedian Trino.

AlcasilMan is dressed as an artichoke and has been drafted in by the Vega Baja del Segura Artichoke Association to defend the quality of the locally-grown vegetable and to increase consumption.

Association president, Antonio Angel Hurtado, said: “The situation is very serious but we have decided to draw attention to it through humour and entertainment so that everybody knows about our problems and the great work carried out by local farmers and companies.”

The Vega Baja is Spain’s second-largest artichoke growing region and has been hit by a 35% rise in production costs as it battles cheap imports and inflation.

It is Spain’s leading exporter of artichokes and home to a significant number of canneries.

“We have been suffering from issues for years but we need a comedian to be taken seriously,” he added.

Angel Hurtado says he wants the superpowers of AlcasilMan to promote Vega Baja artichokes and to reach a younger audience which comedian Trino does via social media.

Six videos will be produced and posted on social networks during the Vega Baja Artichoke campaign in which AlcasilMan fights against unfair prices; against people who do not buy seasonal products or ignore the origin of canned artichokes; and the problems suffered by growers due to extreme weather and pests.

Trino said that AlcasilMan ‘was a character created over two years ago and that the Vega Baja artichoke and the superhero were destined to meet’.

“AlcasilMan was born because our purpose is for Vega Baja humour to have its own identity and to defend what makes us unique through comedy, “ commented Trino.

“When creating the character, we looked at the artichoke because it is a star product for the region: a symbol of farming and a benchmark for the Vega Baja,“ he added.