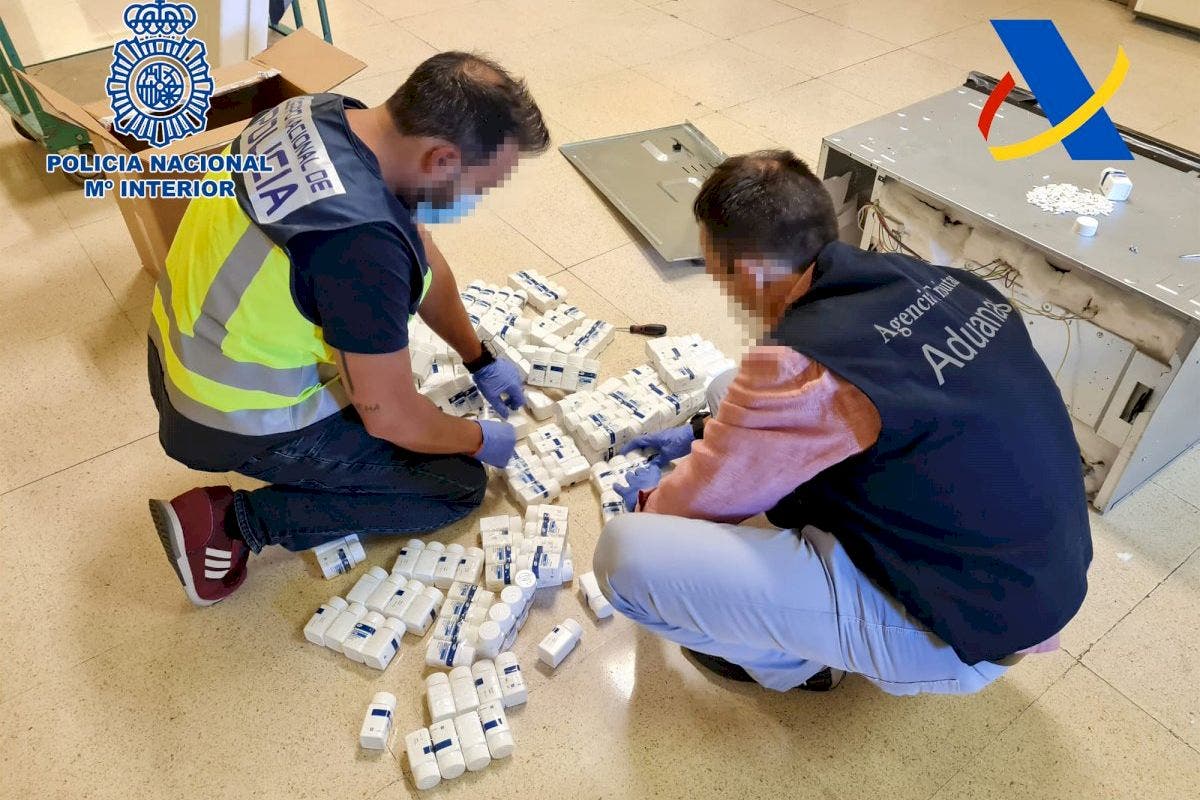 A Spanish drug trafficking gang has been arrested for exporting benzenoid pills to Morocco to make a narcotic called Karkubi.

The Police Nacional detained the ring-leader in Lleida in Catalunya along with his main supplier in Alicante Province.

Police impounded over 500,000 pills in what they described as one of the ‘largest-ever drug seizures in the country’.

The pills were obtained via bogus medical prescriptions using names of people who were drug addicts or had police records.

In return for using their identities, they received small amounts of cash or drugs.

An operation that began last June saw a series of police interceptions including a haul of 361,762 pills in a car with Moroccan number plates in the Lleida area.

The investigation also discovered 80,000 pills hidden in two industrial furnaces in Getafe and 62,000 in a car heading towards Alicante Province.

The pills would be exported to Morocco from French ports or the Spanish enclave of Ceuta in North Africa.

They’d be transported to laboratories to be cooked up to make Karkubi which is made by mixing the benzenoid pills with hashish, alcohol and glue.