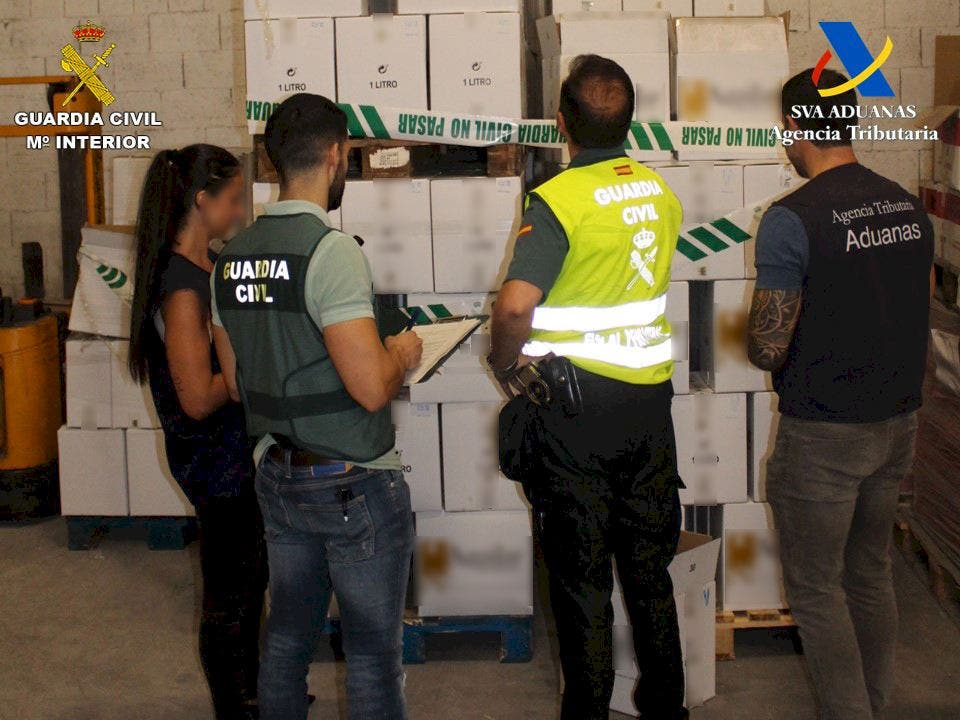 AN Alicante Province distillery and warehouse has been raided and 20,231 bottles of wine seized for not having official tax seals on them.

It followed a tip off from the Guardia Civil in Barcelona that they discovered wine without tax-labelling being sold in Catalan outlets.

The Valencian wine was distributed from unnamed premises in the Marina Alta area which was visited by Guardia and Tax Authority officers.

Thousands of bottles were found without tax seals in addition to fake batch and capacity declarations.

Empty bottles were also discovered with seals in perfect condition ready to be reused.

A ‘hidden’ room was located close to the warehouse where the illegal operation was coordinated.

The sheer scale of the fraud led a second phase of the operation- namely to detect places selling the bootleg wine.

14 establishments were inspected in the Valencian Community with wine supplied by the warehouse.

That included five outlets in Benidorm and two in Calpe.

It’s not been disclosed how many people face charges over the tax scam.