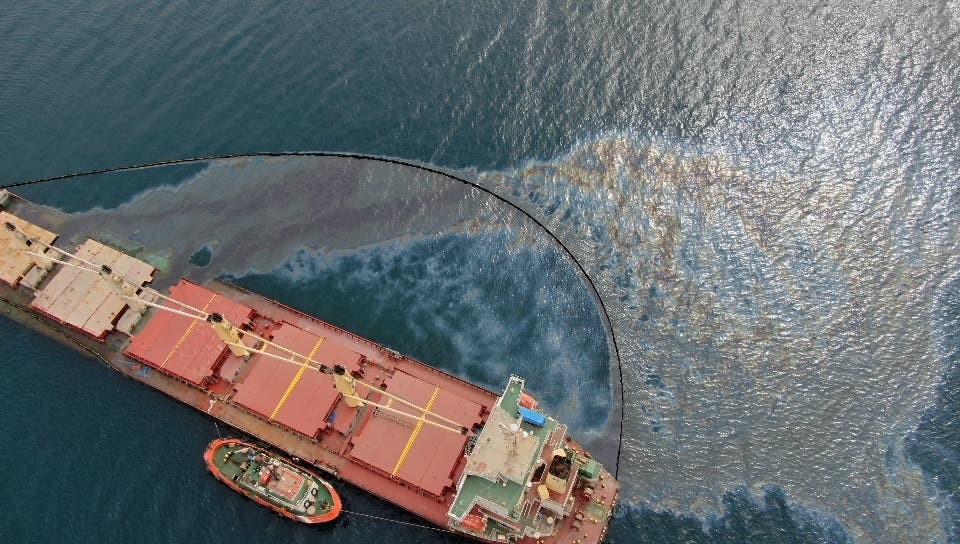 OIL from stranded bulk carrier OS 35 has leaked into the Mediterranean Sea after air vent seals break open from the pressure of the crumpled hull.

‘A small amount’ of the heavy fuel oil, according to the Gibraltar Port Authority (GPA) ‘has escaped the perimeter of the boom’.

Divers on the scene have replaced the seals, allowing the GPA to stop the release of oil from the vents.

GPA boats in J formation and the Salvamento Maritimo ‘Luz de Mar’ tug from Algeciras are scooping up the oil that has already escape.

Both local and Spanish ships will also put out their own ‘sorbent’ booms.

Workers are using skimmers to suck up the oil inside the boom.

The barge is on hand to start unloading the fuel from the OS 35 as soon as possible.