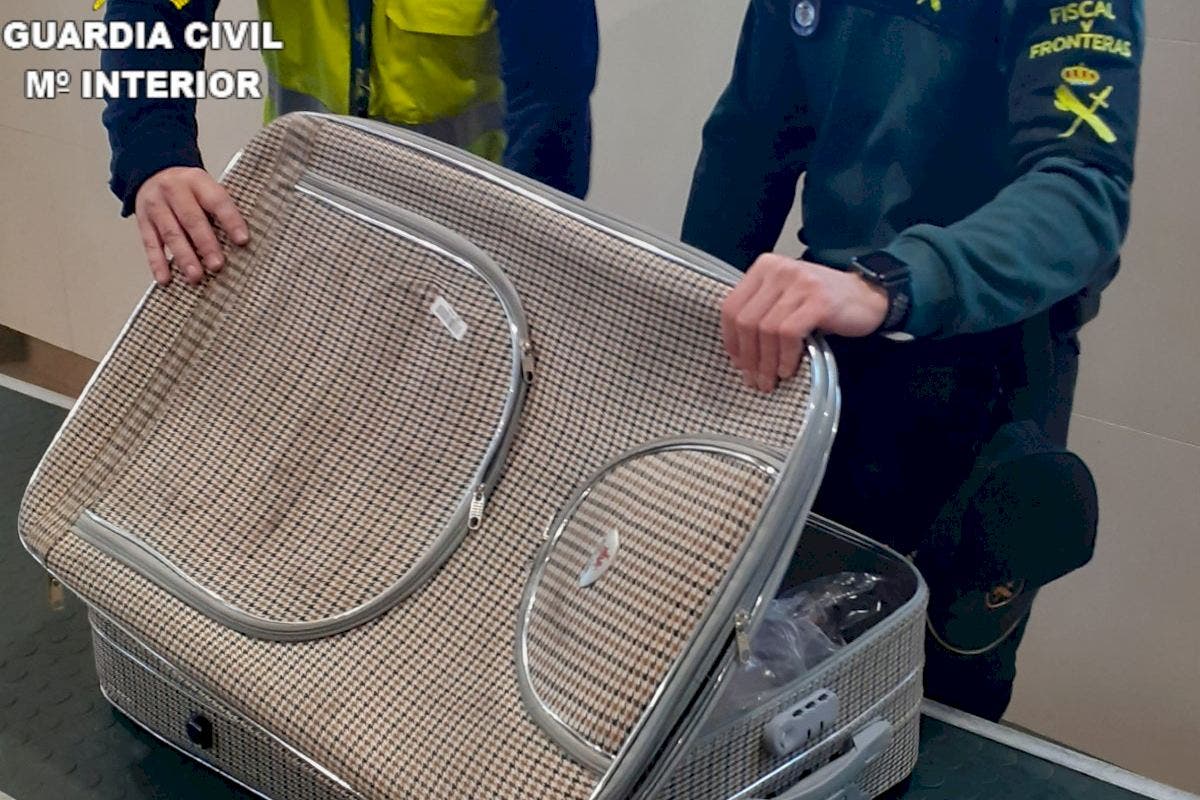 A British man, 38, has been arrested at Valencia Airport for trying to smuggle drugs onto a Balearic Islands-bound flight.

The Brit was charged with drug trafficking and handed over to the custody of the Quart de Poblet court.

His suitcase was going through a scanner in the departures area when a security guard studying the x-ray monitor spotted some suspicious lumpy packages.

The Guardia Civil were called in and discovered several packs of drugs in the case.

They were split into bags containing four kilos of hashish and over two kilos of marijuana.

In May, a 46-year-old British woman was detained after trying to fly to London from Valencia with 15 kilos of marijuana in her suitcase.

That same month, the Policia Nacional swooped on 43 members of a drug-trafficking gang that used British ‘mules’ to transport drugs to the UK and other countries from Spanish airports.