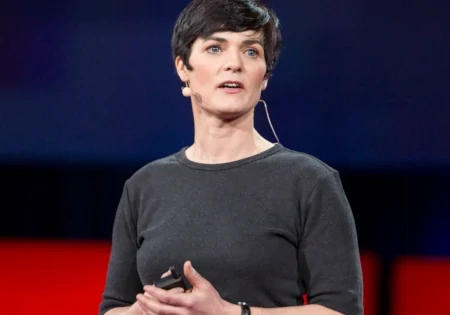 THE woman who sailed in to the record book with the fastest solo circumnavigation of the globe in a yacht in 2005 has been awarded Spain’s highest honour for international cooperation.

Dame Ellen MacArthur, 45, is to be awarded Spain’s prestigious Princess of Asturias prize for international cooperation for her work to promote the circular economy, it was announced on Thursday.

The former yachting champion turned green campaigner, was recognised “for being an inspirational model in the fight for the better use of natural resources and for accelerating the transition to what is known as circular economy,” the prize jury said in a statement.

She retired from professional yachting in 2010 to create the Ellen MacArthur Foundation and in 2018 launched the Global Commitment to reduce virgin plastic waste in collaboration with the UN Environment Programme.

The project focuses on developing more sustainable model of production and consumption, through reusing, recycling and extending the life of existing materials.

“Her ability to promote alliances with governments, companies, scientific institutions and civil society has contributed to forging the first major legally-binding international agreement against plastic pollution,” the jury said, referring to a UN decision in March to negotiate a global treaty on plastic pollution.

Dame Ellen said it was a great honour to be recognised by the Princess of Asturias Foundation, which holds an award ceremony in Oviedo in the autumn.

The Derbyshire-born campaigner was the youngest person to be awarded a damehood in 2005 when she was 28, shortly after she smashed the record for the sailing around the world solo in the fastest time.

With an average speed on the water of 15.9 knots, she beat the previous record set by Frenchman Francis Joyon by more than a day.