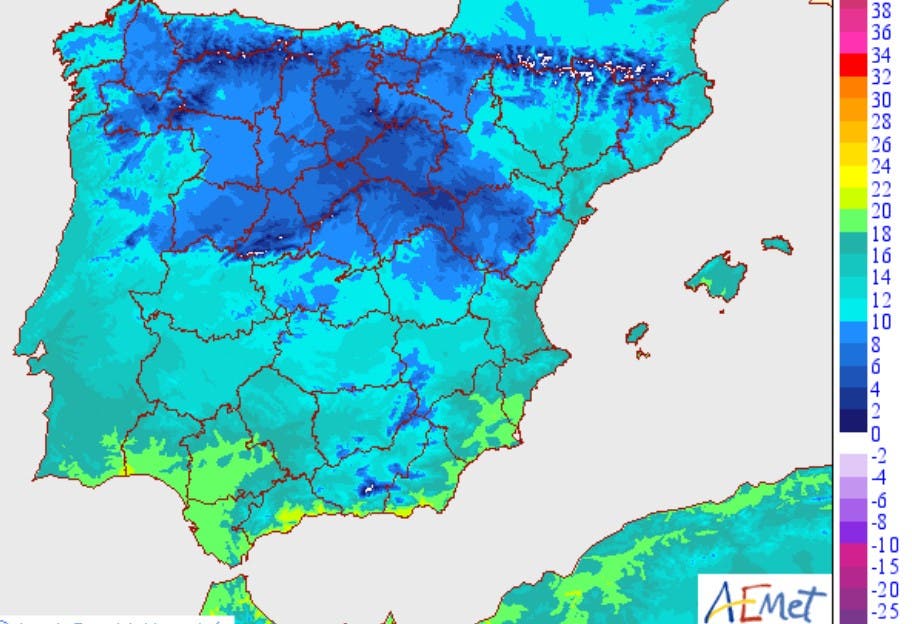 WEATHER warnings were issued across Spain as a polar blast known as a DANA (islolated high level depression) swept across the north of the peninsula on Monday sending temperatures plummeting.

Storms are expected across the eastern coast from Catalunya to Valencia and the Balearic Islands where weather warnings are also in place.

Further south in Andalucia heavy rainfall is expected which will likely fall as snow in higher regions such as the Sierra Nevada bringing the snow level to between 1,200-1,500 metres by the end of the day and as low as 800m later in the week.

Meanwhile the northwestern corner of Spain are expected to be battered in strong winds causing huge waves.