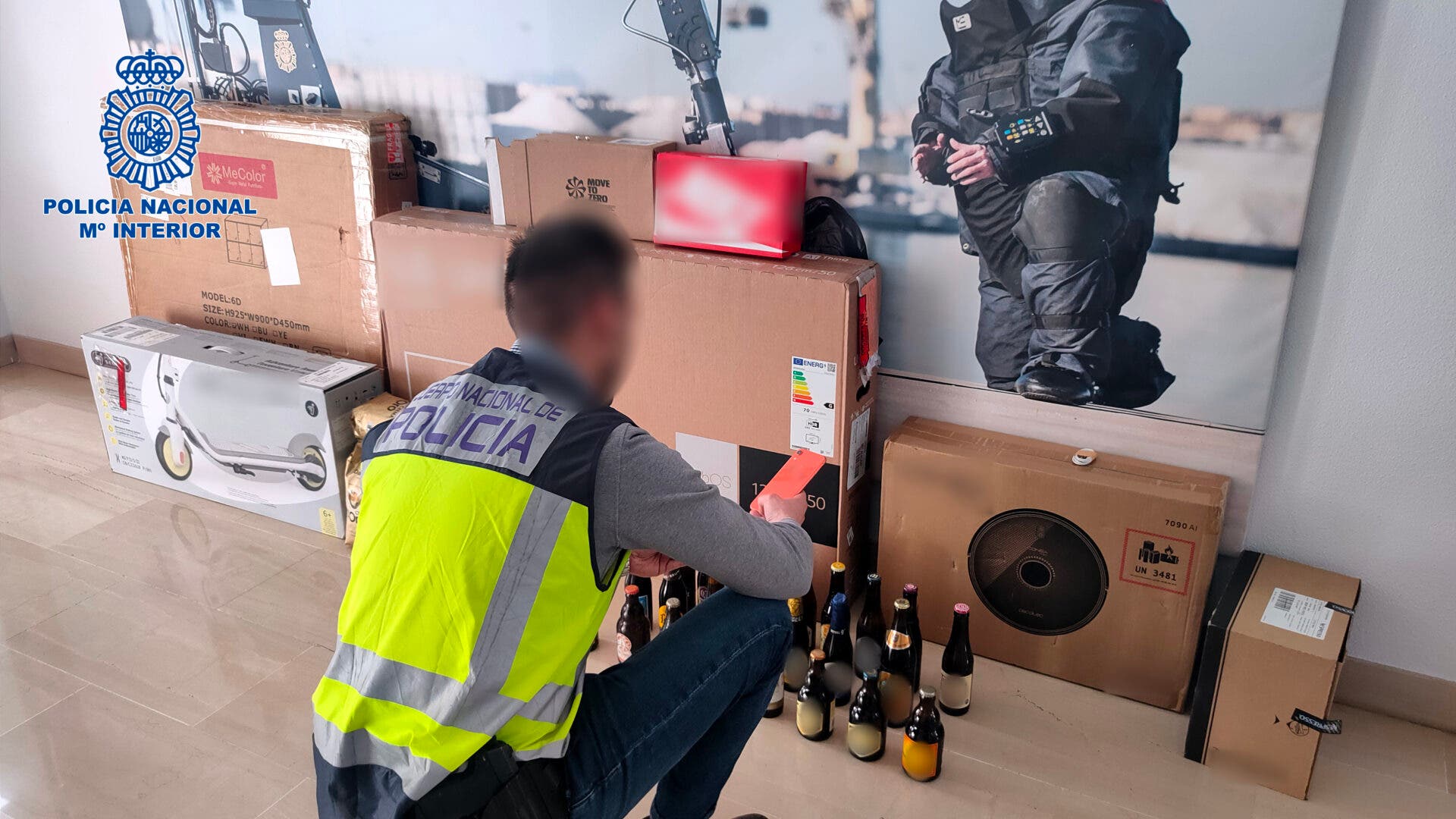 His ruse was rumbled after a woman complained to his employers that she had not received a 20-gram gold ingot purchased for €1,200.

She received a message saying it had been delivered and speaking to company officials, she was told that the jewellery had been put in her mailbox.

The woman said she was at home all the time and had not given her permission to leave the valuable item in a postbox.

The Policia Nacional were called in and discovered the young delivery man was suspected of stealing other items.

Officers noted he had several profiles on online second-hand good sales sites and one of the items listed and photographed matched an undelivered purchase.

A search of his home found an array of unopened parcels including food and drink products, clothing, a cleaning robot, an electric scooter, and a television.

Other items could not be recovered as the man had already sold them.