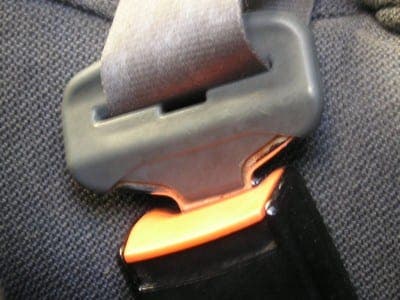 THE director general of the DGT (Spanish Traffic Authority) has launched a campaign to monitor the correct use of seat belts, in the front and the back of vehicles.

As of today, Monday April 4, the DGT is stepping up checks on correct seat belt use with a new special surveillance campaign.

According to the DGT, the seat belt is a ‘basic and fundamental’ element which, in the case of a traffic accident, can reduce the risk of death by half.

For this reason, until April 10, the Guardia Civil together with local and regional police forces are running a campaign with increased vigilance on correct seat belt use and approved child restraint systems, both on urban and interurban roads throughout Andalucia.

During the last campaign in Andalucia, carried out from March 8 to 14, 2021, DGT agents checked 48,808 vehicles and 818 people were detected travelling in a vehicle without using a seat belt or child restraint system.

During the seven days of 2021, traffic officers checked that 770 adults and 48 minors were travelling without any type of restraint system.

In the case of minors, of the total number of minors (48) who were not wearing seat belts or child restraint systems, 31.2% were travelling in the front seats and 68.2% in the rear seats.

Although surveillance was carried out 24 hours a day, it was between 6.00 am and 10.00 pm when the greatest number of people (98% of the total) were seen and reported not wearing seat belts.