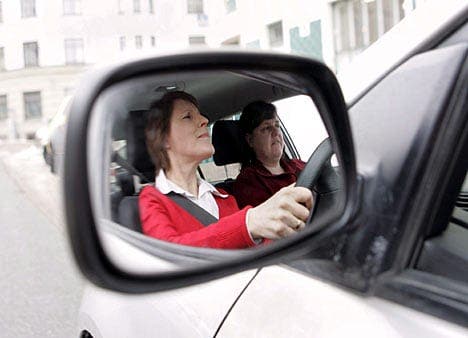 VICTIMS of the ongoing UK driving licence debacle have been warned not to take their ‘psychophysical aptitude test’ too early, given that the results are only valid for 90 days.

Since May 1, residents in Spain who hold a UK licence have been unable to legally take to the roads while the two countries continued to hammer out post-Brexit arrangements.

According to the latest updates on the situation from the UK embassy, a post-Brexit deal has now been reached by Spain and the British authorities on licence exchange, but ‘ministerial approval,’ ‘treaty processes and formal exchanges’ are still pending.

In the embassy’s last update, which was published on its social media accounts on December 2, victims of the situation were informed that they would have to take a ‘psychophysical aptitude test’ and in some cases have a ‘brief interview with a doctor’ before they could exchange their UK licence for a Spanish one.

However, as the N332 traffic-related website has pointed out, the results of this test are only valid for 90 days.

‘After the statement of the Ambassador about the agreement reached between the UK and Spain about driving licences, many British citizens have gone to the medical centres to have their medical certificates ready, but maybe they do not know that after 90 days, they will have to do a new one,’ reads a post from N332 on Facebook

The site, which is in English and is run by Spanish civil guards to help residents navigate the rules of the road in Spain, recommends that people ‘wait until the final agreement is announced and published officially in the BOE [official state gazette] before going to the clinic’ to take the test.

The psychophysical aptitude test is a series of medical examinations that drivers in Spain must take before they get their driving licence or when they renew the document every 10 years. It includes a series of questions about the subject’s health as well as psychomotor tests, and usually costs between €40 and €80.

Once the final agreement between Spain and the UK has been published in the BOE, UK licence holders will be able to drive for six months using their valid licence, but will have to exchange it for a Spanish one in that period to continue to drive.

A campaigning group on Facebook, called ‘Invasion of the British embassy in Madrid for the DL exchange issue’, fears that the Spanish administration may not be able to process thousands of exchanges in that first six-month period. The group estimates that between 50,000 and 75,000 UK licences will need to be swapped once the deal is finally done.