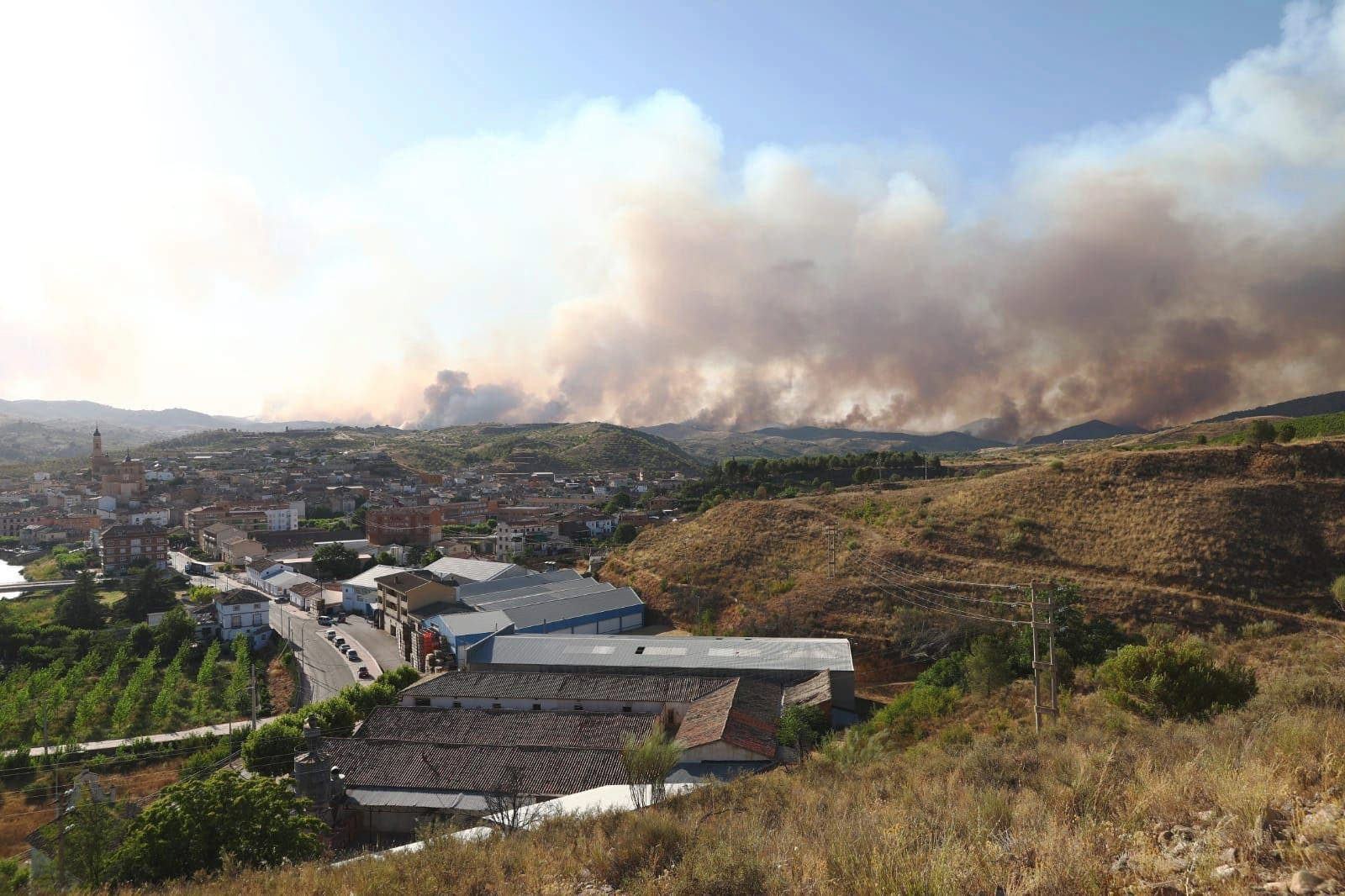 A Dutch reforestation company has apologised for sparking a massive blaze responsible for destroying at least 14,000 hectares of woodland near Zaragoza in northeastern Spain.

The wildfire, which has been brought under control although it continues to burn, ignited on July 18 after a spark leapt from a soil excavator and took hold in the dry vegetation, explained Land Life in a statement published on their Spanish webpage.

The Dutch company that works to offset carbon emissions by planting trees, was using a digger to prepare soil ahead of a winter planting programme near the Aragonese town of Ateca, the company’s head of operations, Francisco Purroy explained.

He said the blaze quickly got out of control and that the company was ‘profoundly sorry’ for what has happened.

“We sympathise deeply with the feelings of the local community who had to be evacuated from their homes and see their landscape severely damaged,” the company statement read.

So far at least 14,000 hectares of land have been destroyed in the area and six villages evacuated as a result of the blaze.

Spain is well on track for its worst year of wildfires since 2012, with 187,676 hectares of forest already razed by flames so far this year.

According to the latest data from the European Forest Fire Information System (EFFIS), which compiles data from the Copernicus satellite program (since 2006), the area burned to date already exceeds that of the whole of 2017, the second worst year in the historical series when 130,920 hectares were engulfed by the flames.