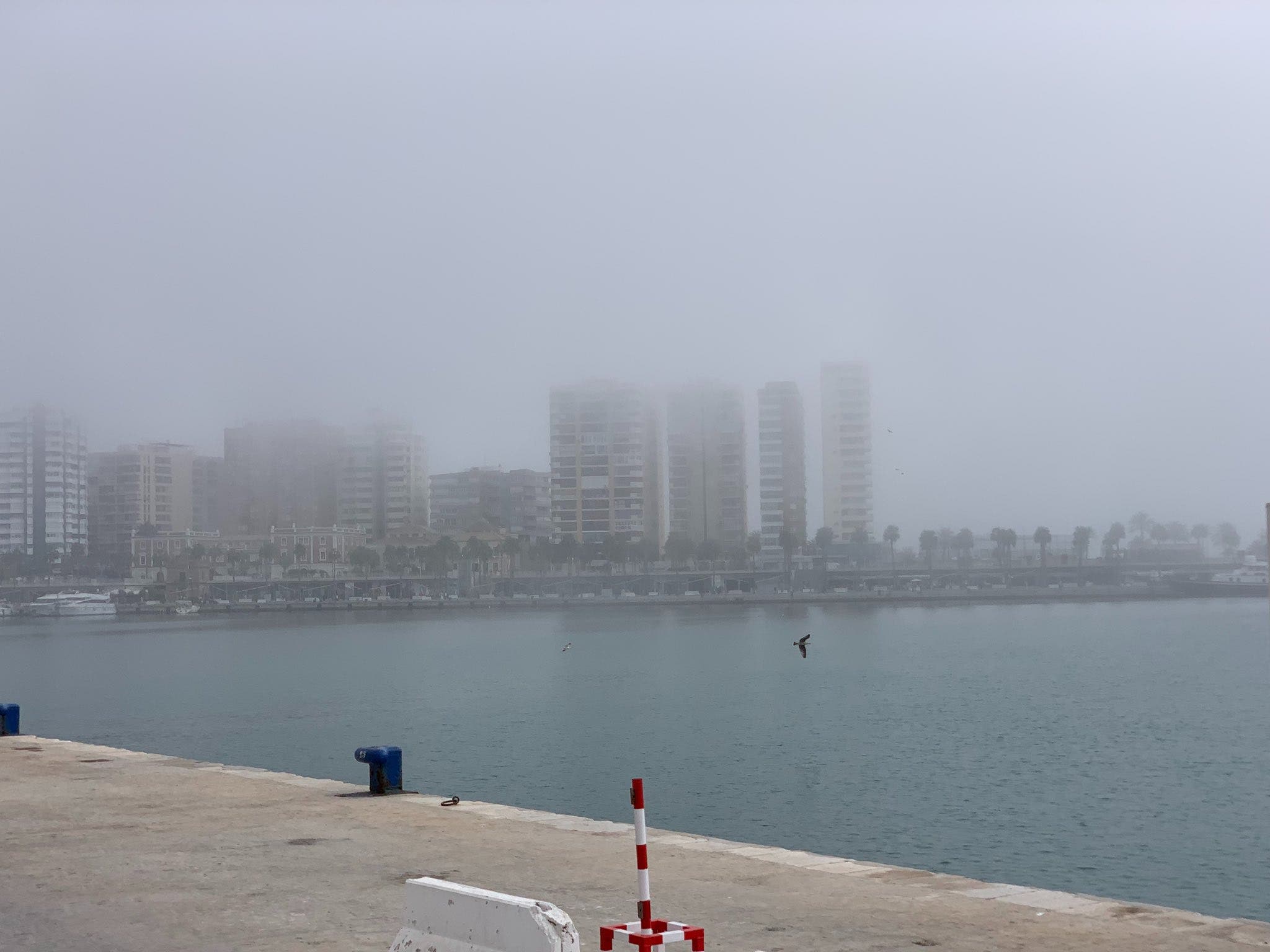 THE thick fog which arrived on Spain’s Costa del Sol yesterday morning is a phenomenon dating back to the Phoenicians.

The phenomenon is known as the taró, a word of Phoenician origin which refers to sea fog.

Spain’s Met office has forecast this low cloudiness, which forms at sea and is blown by the wind to the coast, to return in the early hours of today, Tuesday.

But what exactly is the famous ‘taró’ of Malaga?

It is triggered by a warm south-southeast wind which sweeps the surface of the sea, which is cold, causing mass condensation of water in the shape of low-hanging fog.

According to the director of the State Meteorological Agency (AEMET) in Malaga, Jesus Riesco.  meteorologist, the phenomenon can occur in any coastal town.

“It is not a phenomenon exclusive to Malaga, but the name ‘taró’ is local, originally coined in Malaga.” Riseco said.

The fog also causes humidity to increase, in some parts to as high as 95% and because it is formed by weak winds, the mass of fog tends to move slowly and therefore hangs around longer.