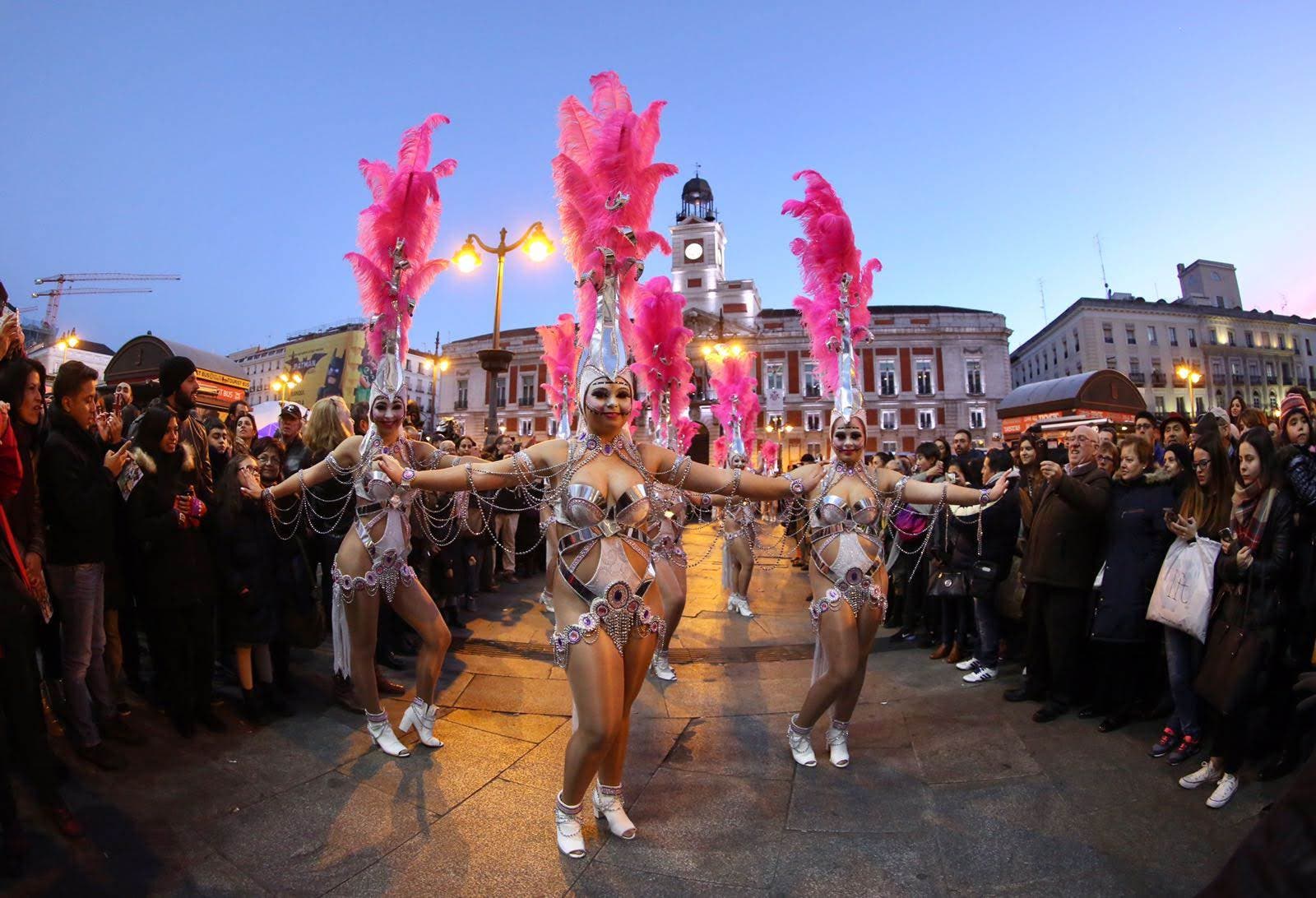 TORREVIEJA’S annual carnival celebrations start next Friday but visitors to Madrid got a sneak preview this week.

It’s regarded as one of the best carnival events in Spain and some of the participants took to the capital’s streets to coincide with the Fitur tourism fair.

The Torrevieja festivities kick off next Friday- January 27- with an official proclamation at the Municipal Theatre, which will also screen a video of last year’s highlights.

The night will also celebrate a special twinning with Vinaros carnival in Castellon Province, which like the Torrevieja carnival, is also classified as a regional event of tourist interest.

On February 4, the theatre will host the ever-popular National Drag Queen competition with €1,500 going to the winner.

The city’s Parque de Las Naciones will be the venue the following day for the pet carnival parade from noon.

It’s a change from the regular Paseo Vista Alegre location to give the animals more space and attract greater participation.

The Grand Carnival Parade is on February 12 with dozens of floats travelling through the city centre.

It will use a different route compared to previous years starting on Calle Ramon Gallud(by the cultural centre) and ending on Avenida Doctor Gregorio Marañon(close to the CEPSA service station).

The Night Parade on February 18 starts at the same spot at 6.00 pm, and the carnival ends the next day with the National Competition of Chirigotas and Comparsas at the Municipal Theatre.