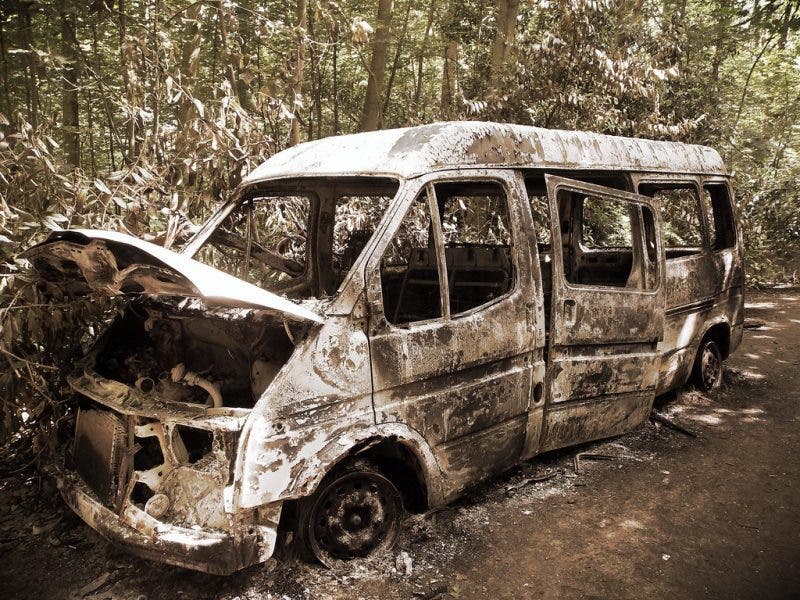 Firefighters in the province of Malaga Spain discovered human remains in a burnt out van late on Saturday, November 6. Emergency services received calls from various members of the public at around 11:15 p.m. and immediately dispatched the Local Police, the National Police and the Fire Department to Calle Ferrocarril del Puerto, located in the neighbourhood of El Bulto.

The van was parked on a road close to Huelin Park, near to the municipal shelter on Calle Góngora. On arrival, fire crews quickly extinguished the blaze. However, upon inspection of the interior of the van, police discovered the grim remains of a human body.

The remains of the body have been transferred to the Medical Legal Institute (IML) of Malaga for an autopsy, which may reveal the original causes of this person’s death. However, the fiery inferno had left no signs of identification and forensics tests will no doubt have to be carried out to try and retrieve even a slight piece of preserved DNA.

For the moment though, the identity of the body remains a mystery and the investigation is ongoing.

According to a report from the National Centre for the Disappeared (CNDES) published by the Ministry of the Interior, Malaga had the highest number of missing persons in 2020, registering 679 out of a total  2,883 filed throughout the Andalucian community.