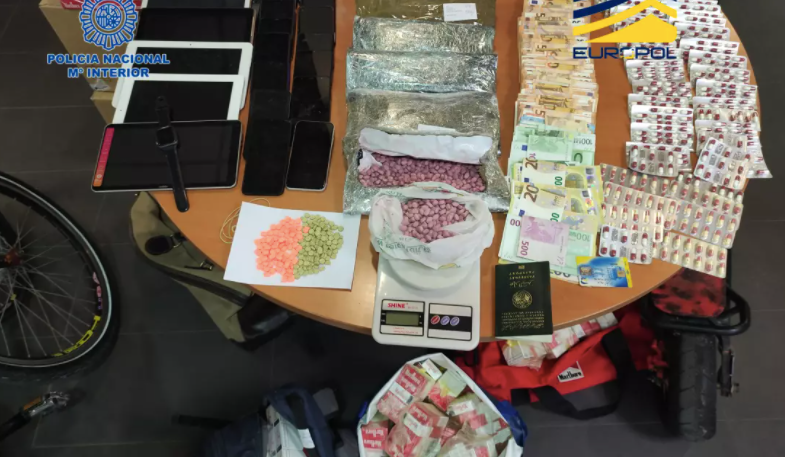 AN organised crime group who used speedboats to smuggle migrants and drugs across the Mediterranean Sea to Spain has been dismantled by Spanish police.

Officers have arrested 24 people from the well organised crime syndicate that involved a network of crooks stretching from Algeria to Almeria, Alicante, and France.

The gang faces multiple charges for arranging the potentially fatal journeys which are often conducted under the cover of darkness in freezing water.

A seven-month investigation found that the criminal gang maximised its profits by reloading vessels with suspected criminals and stolen goods after disembarking migrants. Desperate migrants were charged €5 000 for the crossing from Algeria to Almeria and between €700 and €1 000 from Spain to France.

The gang members ‘knew to perfection’ its nine miles of isolated inlets, allowing them to evade detection. They now face years behind bars, accused of belonging to a criminal organisation, violating the rights of foreign citizens, public health and receiving stolen goods.

“They used to send many boats at the same time, sometimes up to ten, so that if one was intercepted the others could reach Spain without any problems,” said a police spokesperson.

The investigators proved that the criminal network facilitated the smuggling of 250 irregular migrants into Spain in 54 separate incidents in the last few months.

Investigators rumbled the crime syndicate when they found a warehouse that was being used by the suspects, stashed with€40,000 in cash, four vehicles, 3.5kg of Ecstasy of the variety known as “pink cocaine”, 61 mobile phones, stolen identity documents and bank cards.

The group used rigid inflatable boats with high-powered motors used to make the 124-mile crossings from the Maghreb to the rocky coastline of Spain’s Cabo de Gata, Almeria.

“The network had a specific group of people dedicated to stealing on the beaches and in the centre of Alicante,” the officer said, adding that the stolen goods were looked after by Algerian-run businesses before being transported to Almeria.

After refuelling on the Spanish coast the speedboats would be reloaded with the stolen goods and new passengers — ‘fugitives from justice who came from Spain, France or Italy’ and wanted to return to Algeria ‘avoiding port or airport controls’, the officer told El Pais.

“These are criminals who had committed all kinds of crimes in Europe, from robberies with force to homicides, and who did not want to be arrested in Europe.”