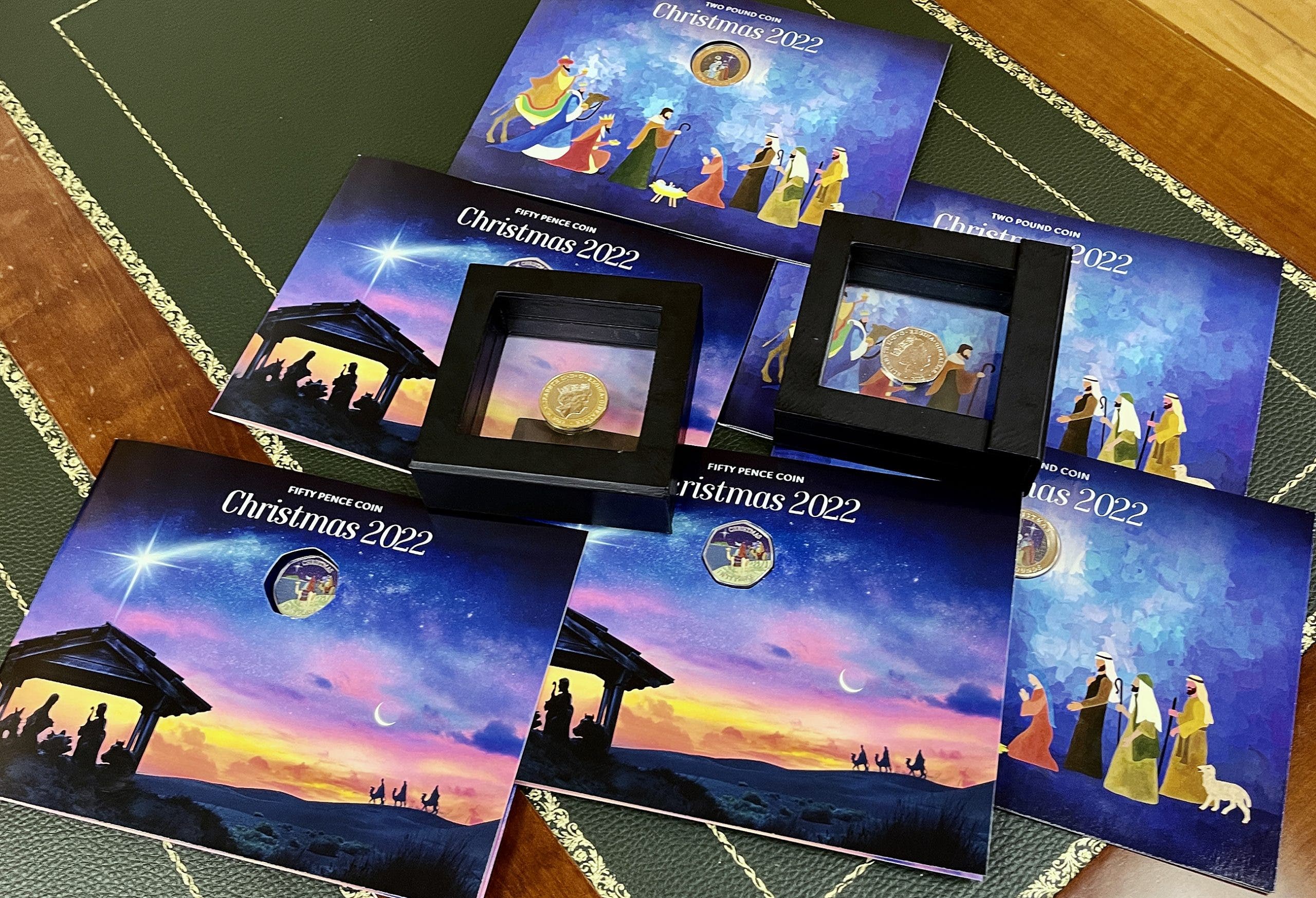 GIBRALTAR is offering a unique festive gift this year – a Christmas Coin Collection that has proved a hit with collectors and the public alike.

Sir Joe Bossano, minister with responsibility for the Gibraltar National Mint launched the 34th collection at the Gibraltar Savings Bank on Tuesday.

Bossano started the tradition in 1988 when he launched the 50 pence coin with its own Christmas card as part of the pack.

Two years ago the Gibraltar National Mint released the £2 coin and it was such a hit, they are now both on sale together.

“The programme’s popularity is increasing year upon year and the exclusivity of these coins are extremely popular among collectors,” said the Gibraltar Government in a statement.

Known as the ‘hobby of kings’ during Renaissance times, there is historical evidence of coin collecting ever since the first century AD.

The more unique the coin, the greater its value.

Time also increases coins’ value and these are often sold at auctions or bought by museums.

The highest price a coin reached was $18.8 million for the 1933 St Gaudens Double Eagle at Sotheby’s in London on June 2021.

People can buy the coin collection at the Gibraltar Savings Bank on Main Street from Wednesday.