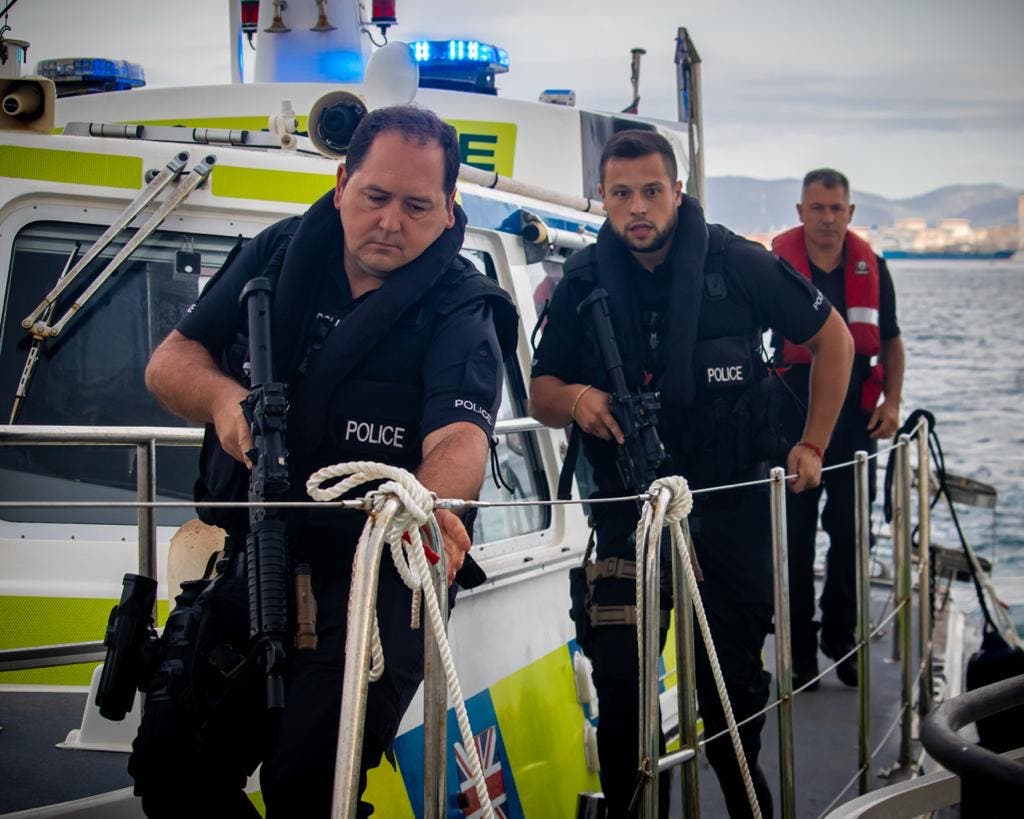 BRITISH Forces Gibraltar has brought over UK inspectors to write a report about the Gibraltar Defence Police (GDP) for the first time in its 85 year history.

The Rock’s secondary police force after the Royal Gibraltar Police already sent information and preparatory documents to the inspectorate before their arrival.

“Whilst in Gibraltar, Inspectors will gather information from stakeholders within the GDP and elsewhere before submitting a report of their findings,” British Forces Gibraltar said in a statement.

The Ministry of Defence that is in charge of the GDP commissioned the inspection.

GDP Chief of Police Rob Allen said: “This inspection represents a significant milestone in the evolution and development of the GDP.

“I welcome this opportunity to highlight the capabilities and professionalism of the force.”

He said he was open to ‘receive any advice’ from the inspection to ‘assist us in our pursuit of constant improvement’.

The GDP has a marine unit, dog section and works with the drugs intelligence unit on the Rock.

Numbering around 100 locally-based officers, it is the equivalent of the Ministry of Defence Police in the UK.