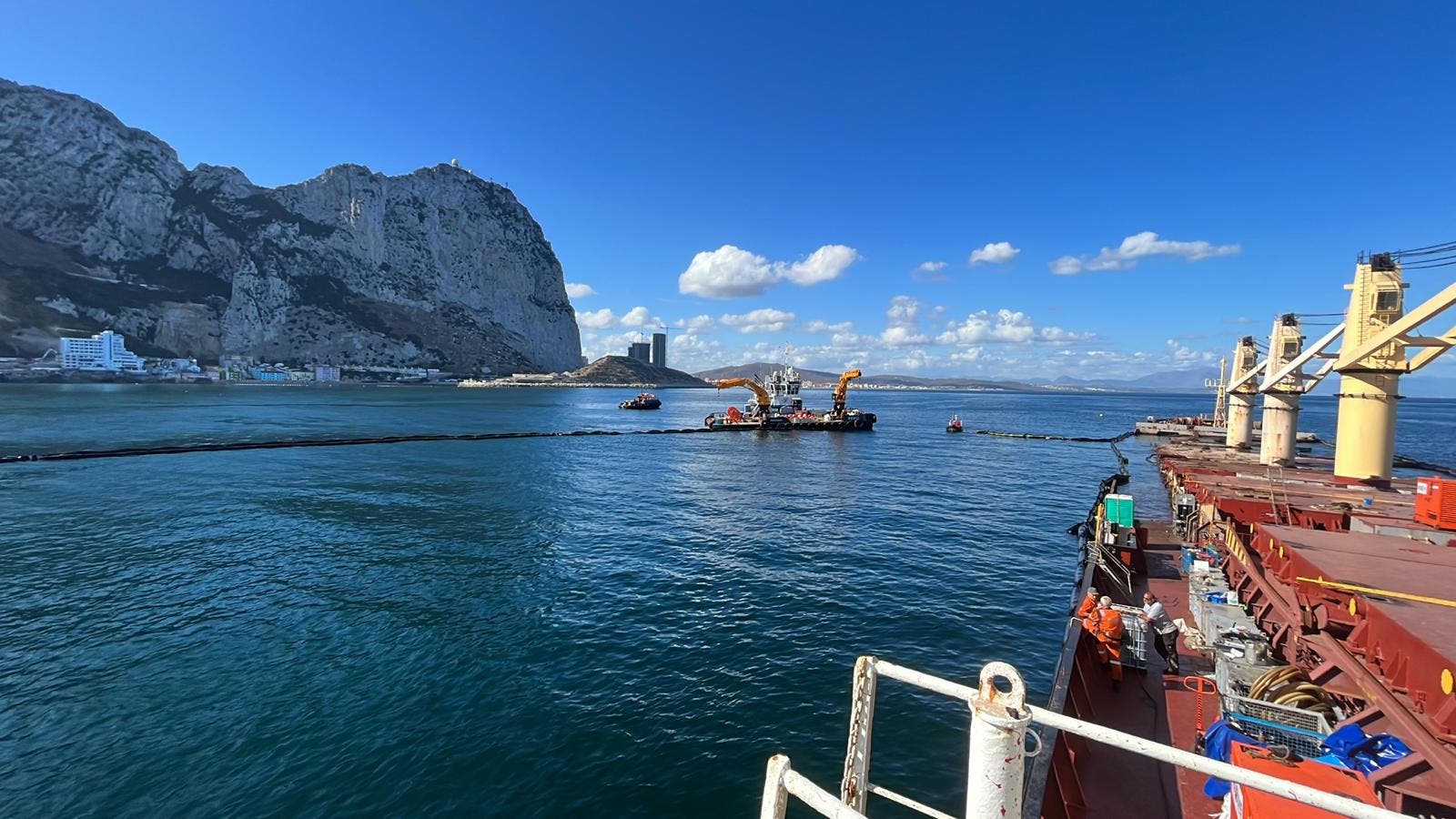 LA Linea council is planning to serve a complaint on the owners and insurers of the beached OS 35 after its oil spill ground fishing to a halt in the seaside town.

The town’s Mayor Juan Franco held a meeting where he announced the move after the oil spill resulting from the OS 35 caused chaos at La Linea beaches and coastline.

“The complaint will be completed by the beginning of next week at the latest,” said the La Linea council in a statement.

The environmental damage the spill caused has so far left 32 fishing boats in port and forced the early closing down of beach bars.

Franco said that the harm caused to the fishing community ‘is the hottest topic and the one we are most worried about’.

The town’s fishing boats have still not returned to three out of four fishing areas in the municipality until new tests are carried out.

It comes after the Gibraltar authorities were able to clear up most of the spill from the ship aided by Spanish tugs.

Gibraltar police announced on Wednesday that prosecutors had charged the captain of the OS 35 for seven seafaring crimes.