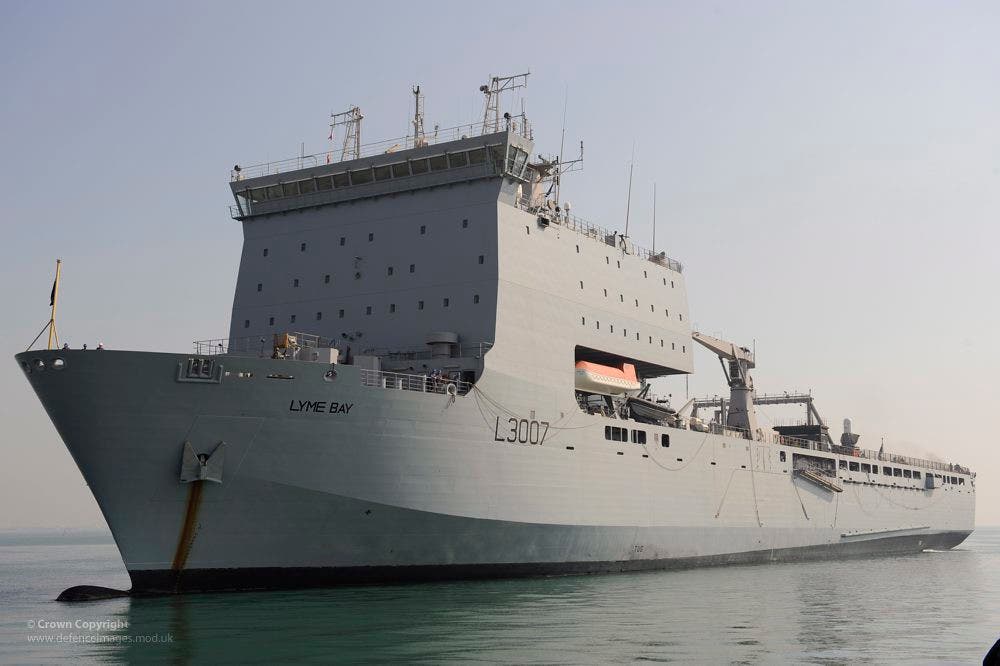 GIBRALTAR Naval Base has welcomed the RFA Lyme Bay, a ship that assisted in the recovery of EgyptAir Flight 804 which crashed into the Mediterranean sea in 2016.

RFA Lyme Bay is a Royal Fleet Auxiliary Bay-Class landing ship which helped in the search for the crashed plane on which 66 people travelling from Paris to Cairo were killed.

The massive ship is capable of transporting a significant combat force of troops, vehicles and ammunition anywhere in the world.

It stopped off in Gibraltar on Monday on its way to join a new international task force to safeguard ships passing through one of the world’s most dangerous ‘choke points’.

The task force, initially under US Navy command, will be dedicated to security at sea from the Suez Canal to the Western Seaboard of the Indian subcontinent, from the shores of Iraq to those of the Seychelles.

In all the ships will cover more than three million square miles of ocean, tackling issues as complex and challenging as terrorism, piracy, smuggling.