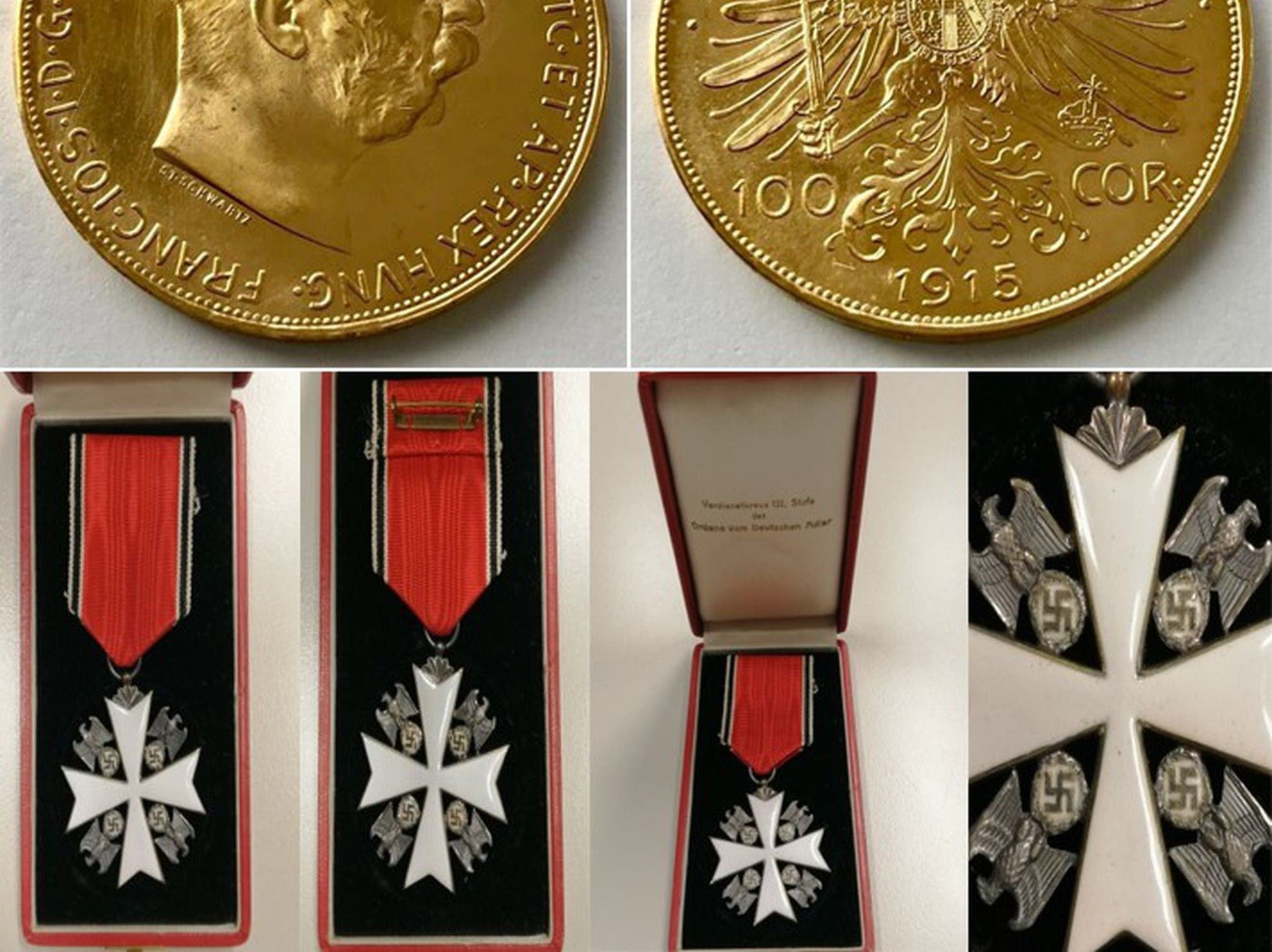 A collection of Nazi and Francoist medals as well as valuable gold coins owned by a deceased German Costa Blanca resident are set to be auctioned off by the Valencian government.

Gertrudis Sommer Ficher died in Denia in 2005 with no will and no remaining family.

She had three properties in Denia including two apartments in the Les Rotes area.

Very little known was known about Sommer Ficher except that she lived on her own for a long time and that she was German.

She lived in an area that was infamous for sheltering Nazi sympathisers that fled Germany after the Second World War.

They were granted ‘shelter’ by General Franco’s dictatorship.

After Sommer Ficher died, her bank contacted the Finance Ministry to notify them about a safety box that belonged to her.

Inside was a selection of medals bestowed during the era of dictator General Franco, along with a swastika-emblazoned medal first given by Adolf Hitler to foreign diplomats in 1937.

The Nazi medal is the ‘Order of the Swordless Eagle’ and is valued at €1,750.

The Francoist medals are worth around €3,000 in total.

The most valuable items though were 31 gold coins valued at around €47,500.

They were minted in 1915 during the last years of the Austro-Hungarian Empire, with the coins replaced by the Austrian schilling in 1920.

As is the case in people who die intestate and have no family, the Sommer Ficher estate is being sold off by the Valencian government.

The safety box contents will be auctioned once experts have verified that the loss of human life was not involved in the award of the medals.

€1.67 million has been raised in Valencia over the last decade in the sale of intestate assets with two-thirds of the money going to ‘social interest’ projects.