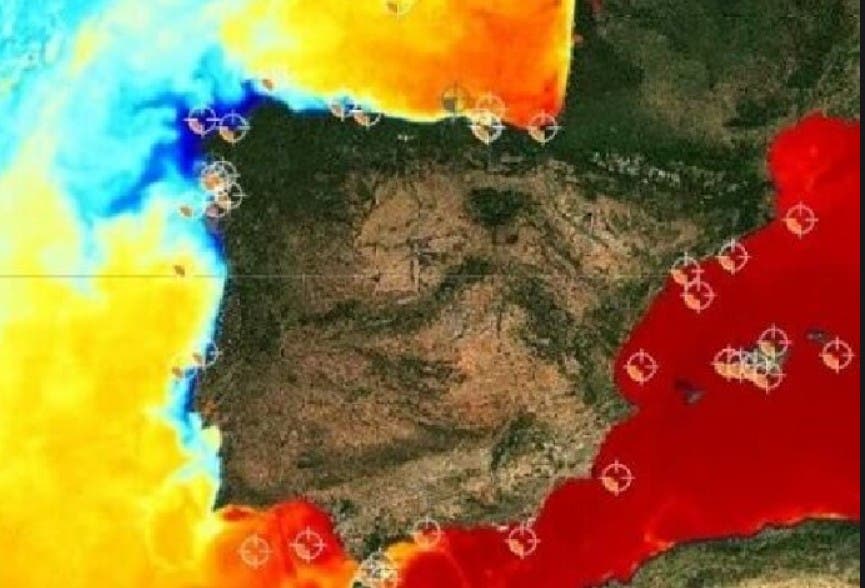 THE heatwaves of the summer aren’t only taking their toll on land where wildfires have ravaged more than 230,000 hectares already across Spain. Temperatures are also rising off in unprecedented levels in waters off the Spanish coast, posing a threat to marine life.

Spain’s Meteorological Agency (Aemet) reported on Friday that in some areas of the Mediterranean off the Spanish coast, temperatures had reached above 30ºC during the latest heatwave, the third to hit since June.

Waters off Spain’s eastern and southeastern coasts and around the Balearic Islands are between 2.5ºC and 4ºC warmer than usual this summer reaching 30ºC in some places.

These sudden, atypical spikes in temperature – which come on top of the long-term trajectory of the oceans warming – have disastrous consequences for aquatic fauna and flora.

Aemet warned that the rise in water temperatures can lead to the proliferation of algae in coastal waters as well as a rise in jellyfish blooms.

The warm sea temperature also brings an increased risk of storms with sudden torrential downpours likely to occur when cooler temperatures roll in.

If you’ve bathed in the Med this summer, you have likely noticed that the water is warmer than usual. But the temperature rises aren’t confined just to the balmy Mediterranean coast.

On Spain’s northern Cantabrian coast from Galicia to the Basque Country, temperatures are also on the rise, measuring some 2ºC higher in some places than the average for previous summers.