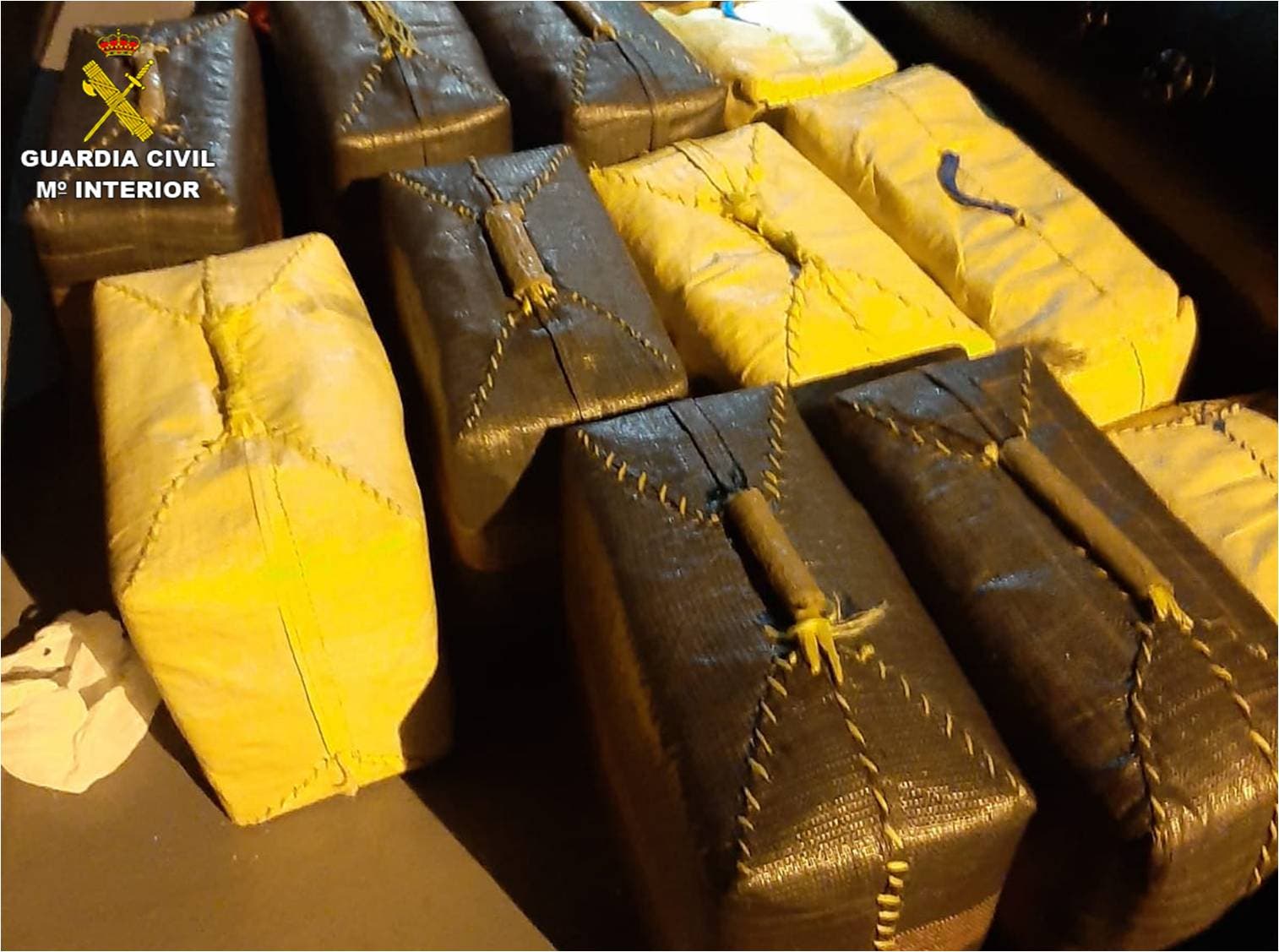 AN illegal cargo of 1,300 kilos of hashish has been seized by the Guardia Civil after a high speed boat chase in Costa Blanca waters.

Three men have been arrested and jailed by an Alicante judge.

The Guardia Civil got a report of a suspicious boat some 35 nautical miles off the coast of Santa Pola.

A patrol vessel sailed to the last-known coordinates of the craft and then spent several hours trying to find it.

The clandestine drugs carrier was eventually spotted and fled at high speed when approached by the Guardia vessel.

The Rio Ladra patrol boat was too fast for the smuggling craft which was caught after a few minutes.

Officers boarded the vessel and discovered 33 big bundles of hashish weighing in at 1,300 kilos.

The crew-of-three were Moroccan men aged between 28 and 33, who have been charged with drug trafficking.