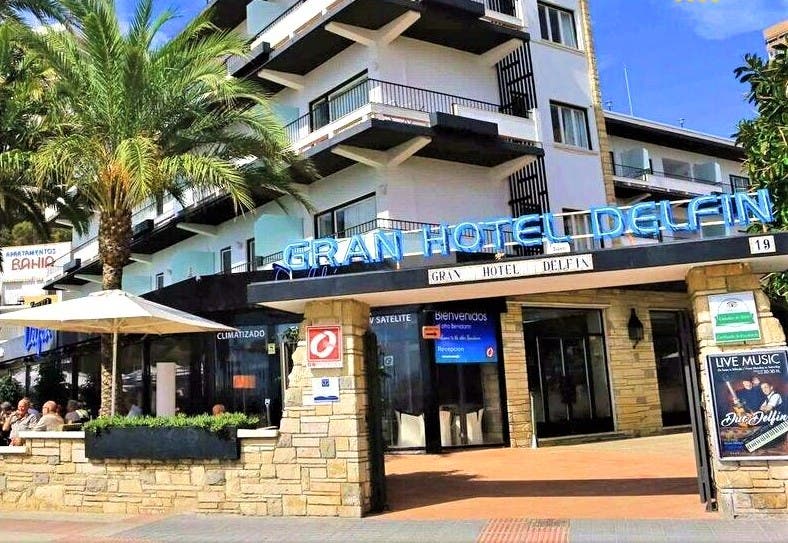 ONE of the first hotels to be part of Benidorm’s tourist boom in the 1960’s is set to be demolished.

Goya Real Estate wants to take down the Gran Hotel Delfin in the Poniente area of the city and replace it with a tower block full of luxury apartments.

The new structure would be similar to the recently-opened and adjoining Delfin Tower apartments, which Goya also own.

A request has been submitted to Benidorm council but the final decision rests with the Provincial Coastal Service.

Overlooking the sea and close to Poniente beach, the Coastal Service approval will revolve around development restrictions for part of the area that was agreed in 2005.

The Gran Hotel Delfin opened in 1963 and became symbolic of the early years of mass tourism.

It soon became one of the most luxurious hotels in Benidorm, frequented by artists and celebrities.

The first owner Felipe Pastor Gonzalez took a gamble in the summer of 1957 when he bought a plot of land for sale in Poniente.

He told his wife that ‘she was treading on gold’ when she walked on the land.

It was a visionary statement as Benidorm was then a small town with a 3,000 population and hardly any urban developments.

Five years later when construction began, the population had doubled and there were 22 hotels in the area.