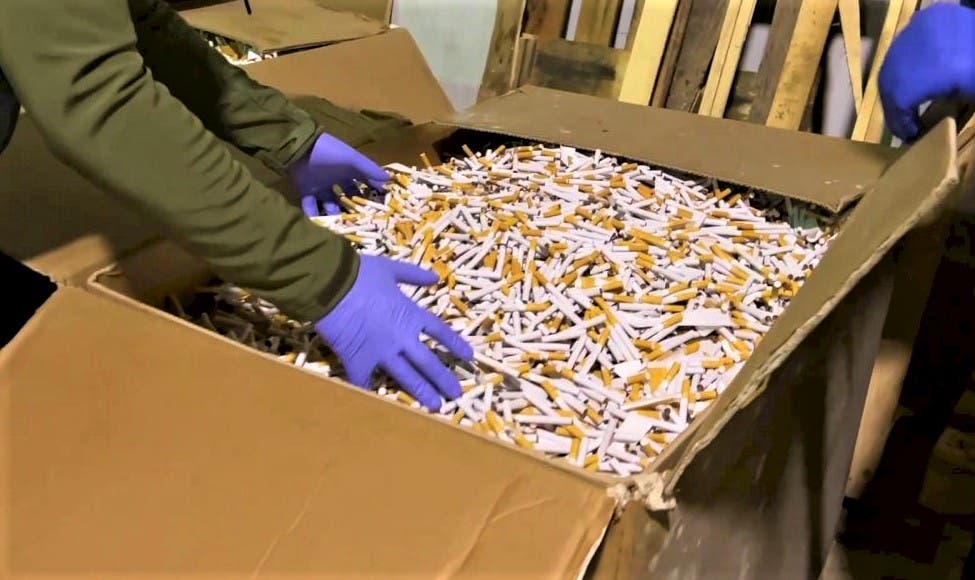 THREE clandestine cigarette factories have been closed down by the Guardia Civil and Europol with products with a retail value of €37.5 million seized.

27 people have been arrested including the ring-leaders who led a ‘luxurious’ lifestyle in the Marbella and Sevilla areas on the back of laundering the profits.

The gang employed 10 Ukrainian refugees who lived in the factories.

A Guardia statement said they lived in the factory sites ‘crammed into prefabs and unable to leave so they could not be spotted in addition to working long hours’.

Ten tons of tobacco and 3.5 million packets of cigarettes were removed from premises in Alfaro(La Rioja), Enquera(Valencia) and Los Corrales(Sevilla).

Plans were well advanced to open a second factory in Sevilla Province at Osuna.

The factories were valued at €3 million and had the capacity to make 540,000 packs of cigarettes each day.

The gang sold the cigarettes around Spain and also exported the products, with no packets having the required official tax seal seal on them.