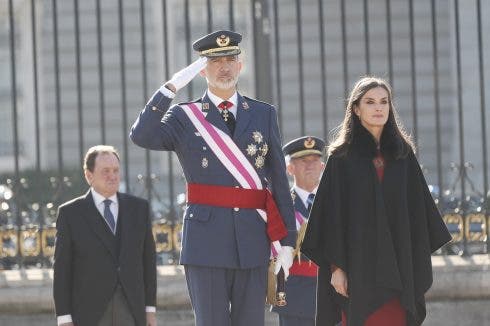 King Felipe and Queen Letizia of Spain marked the beginning of a new military year with the traditional Pascua Militar ceremony in Madrid.  The royal couple arrived at the Plaza de la Armería in front of the Royal Palace on Friday, January 6, where they were greeted by Prime Minister Pedro Sánchez and received military […]