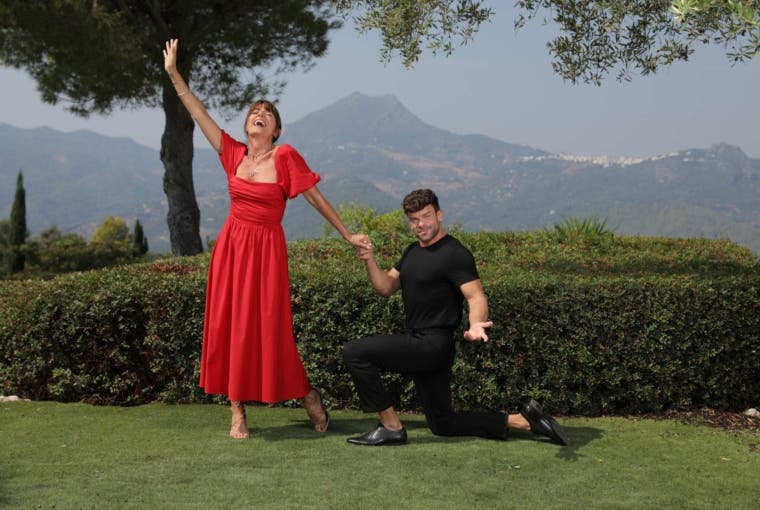 MANY readers will remember their early laughable attempts at speaking Spanish on arrival in Spain.

A new TV show The Language of Love takes this to a new level, hoping a group of Brits and Spaniards can find love while living together here.

In the show, hosted by Davina McCall, a dozen girls and boys were deposited at a dreamy Andalucian finca to see if they could find love… despite not speaking each other’s language.

“The idea of the show poses the question: is it possible to find love just through body language and instinct and a vibe off someone?” explained former Big Brother presenter McCall.

It certainly didn’t matter for British supermodel Naomi Campbell when she fell in love with Spanish flamenco singer Joaquin Cortes a decade ago.

On the differences between the nations, McCall added: “We’re quite self-conscious as a nation, we Brits… Spanish people are very liberated physically. They’re not embarrassed.”

She added she particularly enjoyed watching the Brits losing their self consciousness: “They were freed up a bit.”

She also noted the importance of learning a language: “I think we are universally known for not making an effort in other people’s languages because so many people speak ours.”

You can watch the contestants soul gaze, angrily search dictionaries and meet each other’s families at 10pm every Tuesday on Channel4.