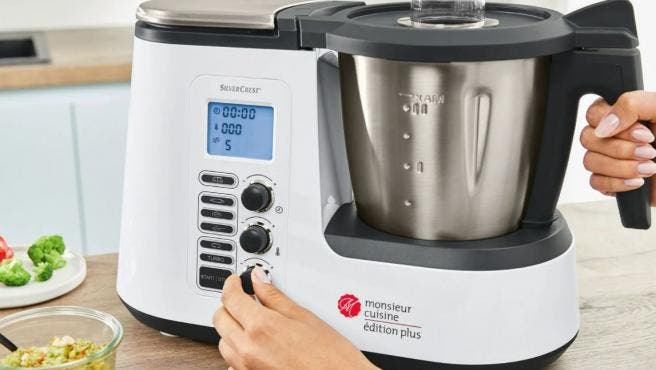 BUDGET supermarket Lidl has won a legal battle brought against it for selling its own cheap version of the kitchen appliance Thermomix.

An appeals court in Barcelona dismissed an intellectual property theft case brought by Vorwerk Electrowerk for selling a very similar gadget that chops and cooks food for a fraction of the price.

Lidl used to sell its Monsieur Cuisine Connect appliance in Spain for €199.99, more than a tenth of the eye-popping €1,299 price tag on an original Thermomix.

The appeal came after a lower court ordered Lidl to withdraw its product, pay damages and legal expenses to the German appliance maker.

But a panel of three appeals judges in Barcelona’s Appeal Court 15 overturned that ruling in a court document made public on Wednesday.

The judges ruled that technical specifications showed the differences between the cheaper version and that the Thermomix patent didn’t protect against it.

“The court finds that, even had the patent been valid, Lidl would not have violated the Thermomix patent,” the appeals court said in a statement.