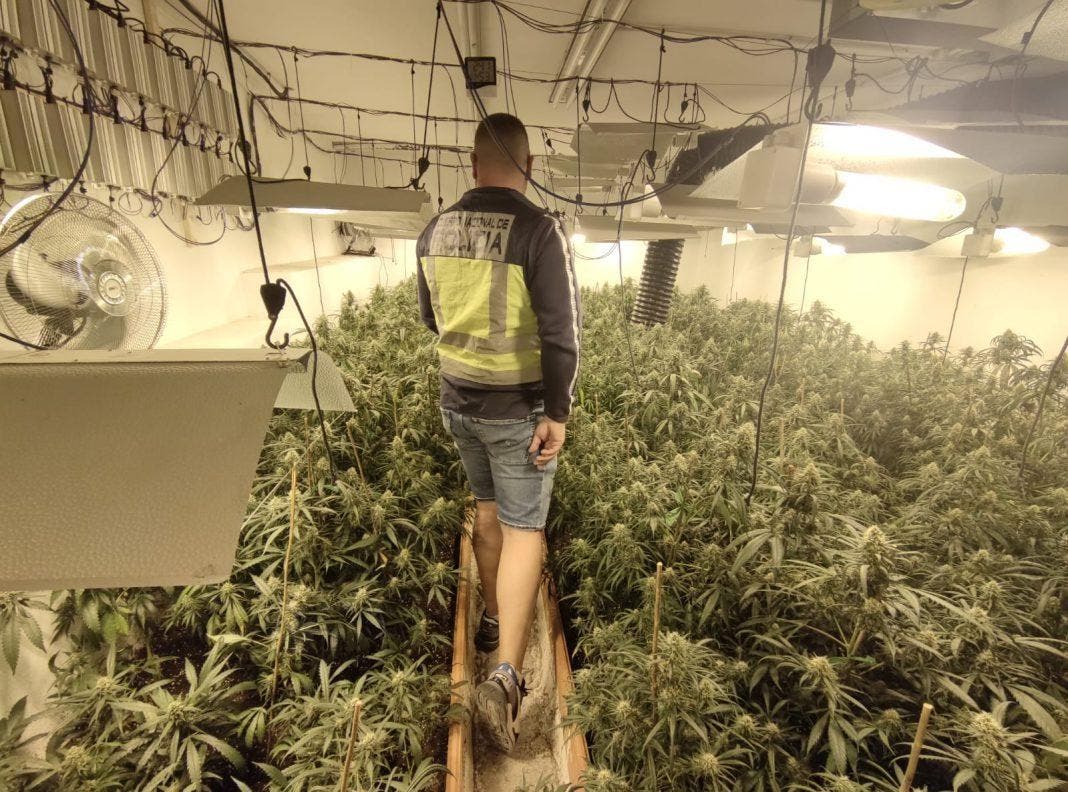 THE Policia Nacional have raided a luxury villa in Chiva, Valencia Province, that housed a marijuana farm.

Products from the clandestine nursery were exported to the United Kingdom.

A 31-year-old Albanian man has been arrested for drug trafficking and illegal use of electricity.

The man had only been in Spain for three days.

His role was to organise the transfer of marijuana to Britain.

A court ordered him to be remanded in custody and further arrests are not being ruled out.

An extensive police operation led officers to the Chiva villa.

Surveillance work was difficult as it was in an area surrounded by trees.

92 kilos of marijuana was taken away by the Policia Nacional.