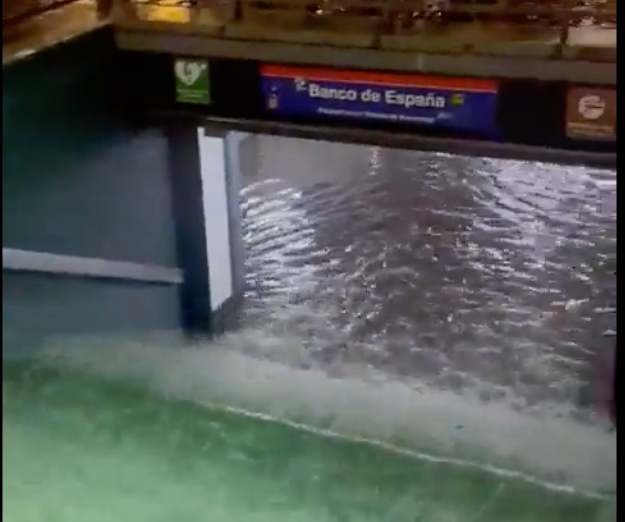 Around half a dozen Metro lines had to be closed due to the extreme weather, as well as the C5 line on the Cercanías commuter train service. The rain also caused major traffic jams both in the city and on its access routes.

The heaviest rain fell on Wednesday between 5pm and 7pm, causing interruptions shortly after to Metro lines 2, 4, 5, 6, 7 and 11.

The Madrid emergency services also shared videos of work to clear flooding, in tunnels such as the one on Bailen street.

Much of Spain has seen heavy rainfall this week thanks to Storm Efrain. The worst-affected regions have been Extremadura and Andalusia. The bad weather has claimed one victim so far: a forest ranger aged 55, who died in Salamanca province after he was swept away by an overflowing river.