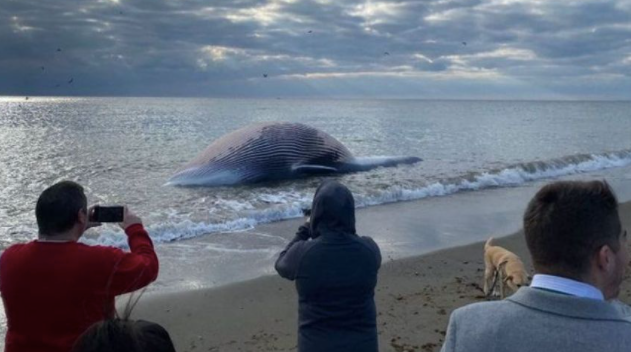 SPANISH animal experts said on Thursday they were preparing to conduct an autopsy on a 12-metre-long whale that died after getting stranded at the La Rada beach in Estepona.

The fin whale, weighing around 70 tonnes, apparently beached itself after getting injured, a rare phenomenon in the area.

“It is not common to find whales stranded here on the beach but tragically it does happen on some occasions,”  said Jose Luis Mons from the Center for the Recovery of Marine Species (CREMA). “Of course, in most cases the whales are already dead”

The female whale died several days ago and her ‘bloated body’ is already ‘in an advanced state of decomposition’ said CREMA.

The discovery will trigger a major operation to recover the carcass, Estepona Council confirmed.

A post-mortem will then be carried out by marine biologists and other experts who will investigate the cause of death, officials say.

Fin whales, the second-biggest mammal species in the world after the blue whale, are listed as vulnerable by the International Union for Conservation of Nature.

Several species of whale populate the waters of the Alboran Sea.