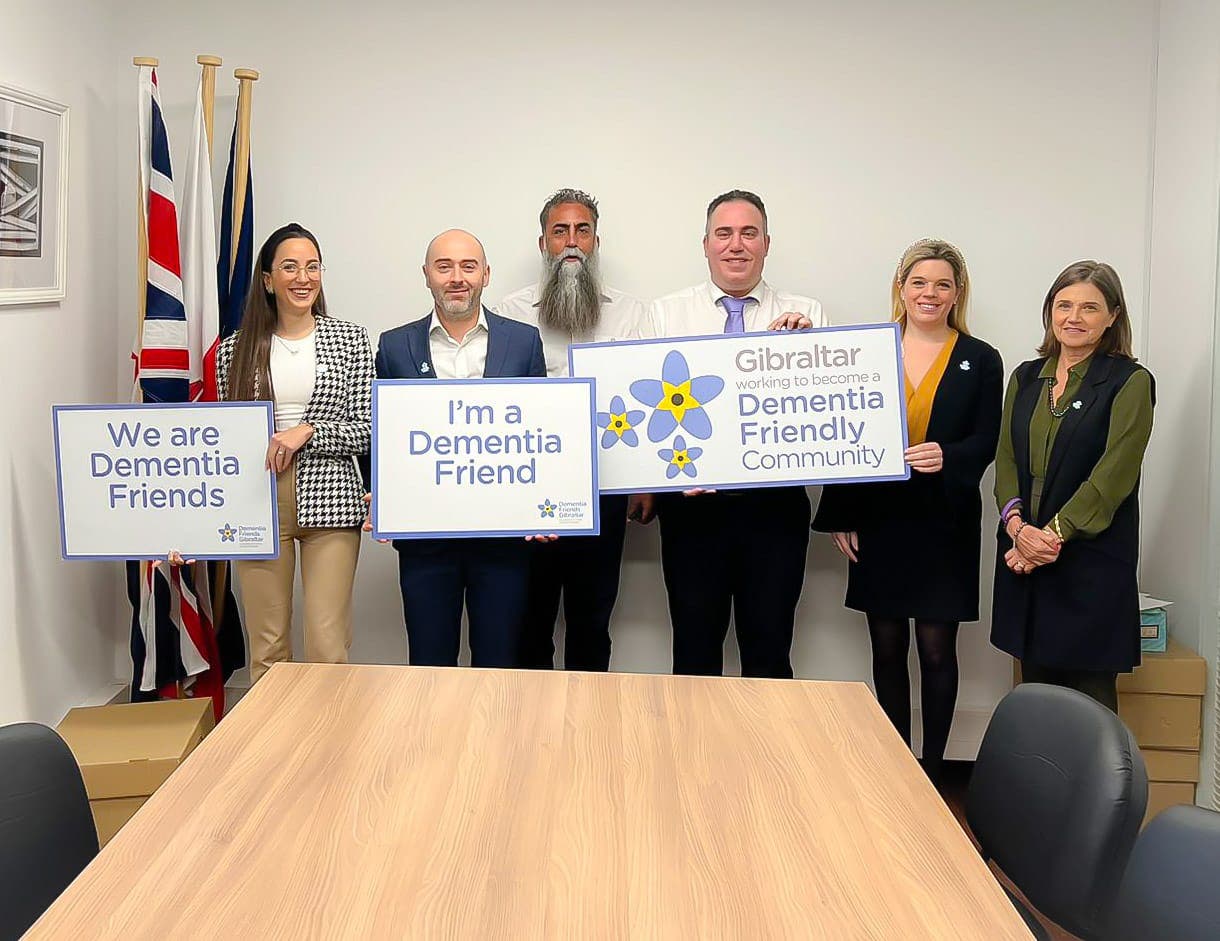 THE Gibraltar Ministry of Transport is the latest government department to become a ‘Dementia Friend’ as the Rock strives to make the community more aware of this cruel disease.

Government ministers became ‘Dementia Friends’ collectively in September after World Alzheimer’s Day and other departments have followed suit since then.

“A few months ago I became a Dementia friend along with my Ministerial colleagues,” Minister for Transport Paul Balban said.

“It was then when I realized the importance of being aware of Dementia and began looking at how we could assist this very worthy cause within the Ministry of Transport’s relevant departments.

“Becoming ‘Dementia friends’ will create a community in which people living with Dementia feel more understood and included in society,” he added in a statement.

“We can’t change the direction of the wind, but we can adjust our sails to ensure we reach our destination,” Balban said of the move.

The Care Agency and Ministry of Business, Tourism and the Port have already taken pledges to help inform the public about dementia.

Dementia affects 1 in 6 people over 80 in the UK, leading to the decline of brain functioning, according to the UK’s NHS.