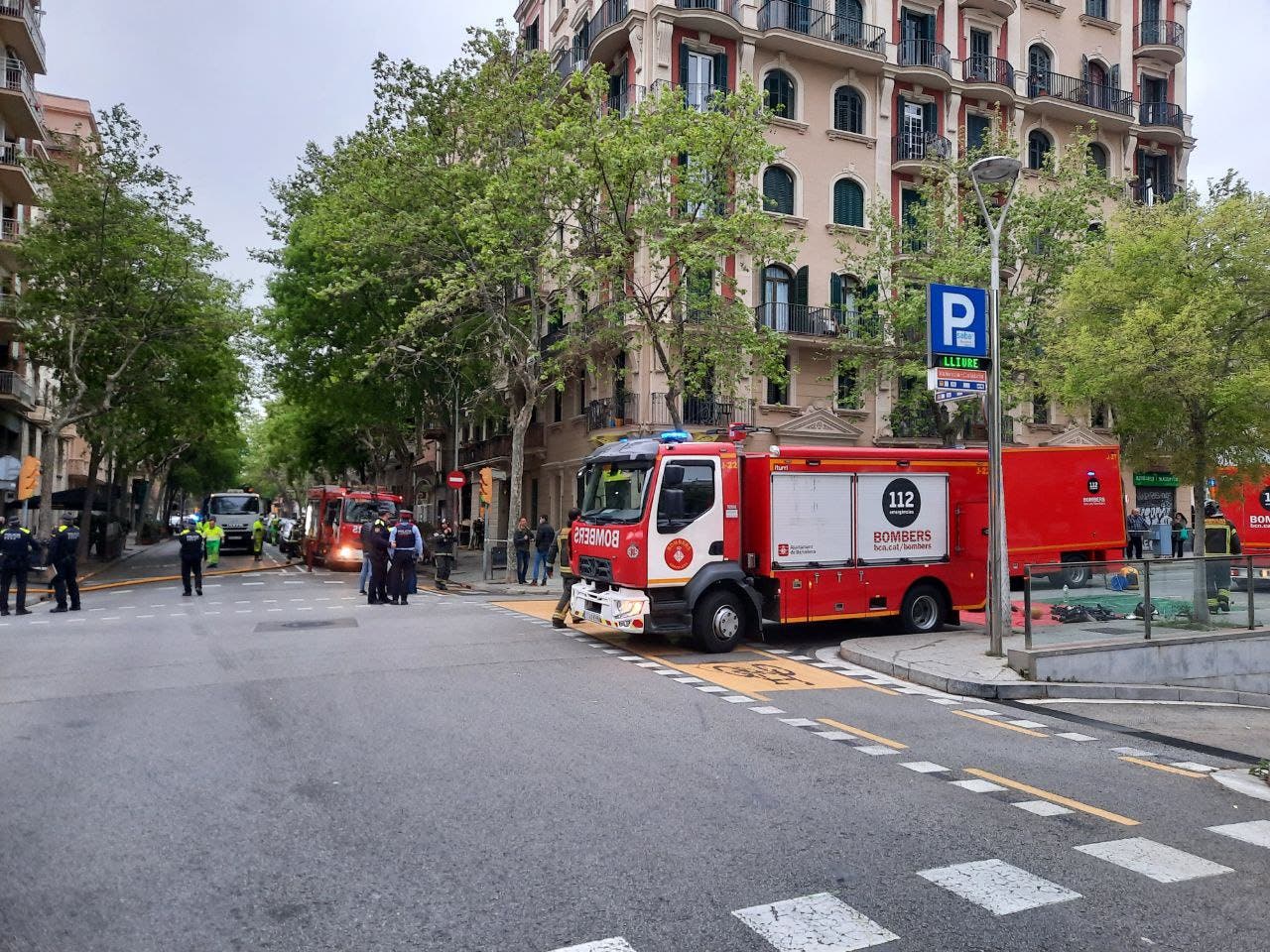 A FIRE that tore through a building in Barcelona’s upmarket Eixample district on Monday night leaving four injured and dozens of others suffering from smoke inhalation is being blamed on arson.

The Mossos d’Esquadra said they were investigating whether the blaze that broke out in a building on Carrer Valencia at 4.30am had been set deliberately.

Spanish newspaper El Pais reported that neighbors had told police that the owner of the bar restaurant on the ground floor of the building had threatened to burn it down.

A resident in the next door building told the Olive Press how neighbours had been involved in a dispute with the owner of the Chinese restaurant where the fire appeared to have started.

“[The owner] put up posters saying ‘out rats’ referring to her neighbours because she had a very bad relationship with them,” said Jordi Hernandez, who runs a business from the flat next door.

He said the restaurant owner had economic problems combined with a very bad relationship with the building’s resident community.

“The restaurant had suffered with Covid-19 restrictions and there was a lot of drama within the residents’ committee,” he said. “I have been here since 2016 and it’s been non-stop complaining from them.”

Police confirmed that they were investigating allegations that the owner of the Chinese restaurant where the fire started had threatened to burn down the building.

The owner of the bar is currently being treated in hospital and guarded by the police.

Another three people have been hospitalised and thirty-four people were given medical treatment at the scene.

Teams from Barcelona’s fire brigade, the Mossos d’Esquadra and Barcelona’s Guardia Urbana were all working at the scene.