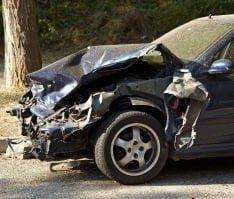 COPS in Andalucia have appealed to road users to take greater care following a number of serious road traffic collisions during the festive period.

Police said with the number of celebrations expected to rise over the coming days, motorists should slow down and drive at the right speed to ensure maximum safety.

They warned that drivers should never operate vehicles under the influence of drugs or alcohol and reminded people to always wear their seatbelts when travelling.

It comes as one person has already lost their life this year and several more were left injured, following several accidents over the last few days.

One horror smash, between two cars on the Armilla Highway, resulted in the death of one person and the serious injury of another.

The incident happened in Ogijares, Granada shortly after midnight on Sunday.

The spate of incidents in the region since January 1 also included a further three collisions, police said.