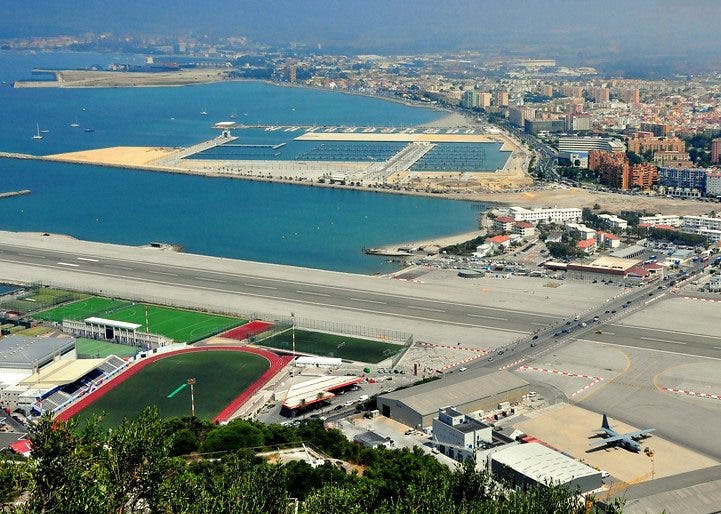 AQUAGIB workers are laying down a pipe near the airport to be able to bring water from Spain as a fallback option if local reverse osmosis fail in the future.

The government said in a statement that the Strategic Coordinating Group set up to handle the water crisis had taken the decision ‘to explore this possibility’ as an alternative to local freshwater production.

Minister for Public Utilities Albert Isola sees the new pipeline to Spain as an alternative to bringing in water by the tanker-load.

A Power’s Drive Tunnel fire in late July knocked out power and saltwater supply to the four reverse osmosis (RO) plants in the south of the British Territory.

“We imported significant volumes by road, and non-potable water by barge, as a result of the emergency,” Isola said.

“Work on all potential options began with the laying of the new pipe at the border being one such measure,” he added.

Isola made it clear that Gibraltar had no intention at all of depending on Spain for its freshwater supply.

Relations with Spain often go through rocky periods and many Gibraltarians are fearful of relying on its northern neighbour for such a basic resource.

“I would like to reassure the community that the Government has no intention whatsoever of using this pipe as a permanent supply of potable water from Spain,” Isola said.

“It will only be used in the future as a contingency measure should an emergency event such as the one we have just experienced ever occur again.

“We will always ensure we are self-sufficient in our production of water,” Isola reassured.

Local water company AquaGib already had some pipework near the airport from natural wells at the British Lines in the distant past.

But due to lack of use, new pipes are needed to bring the network back into operation.