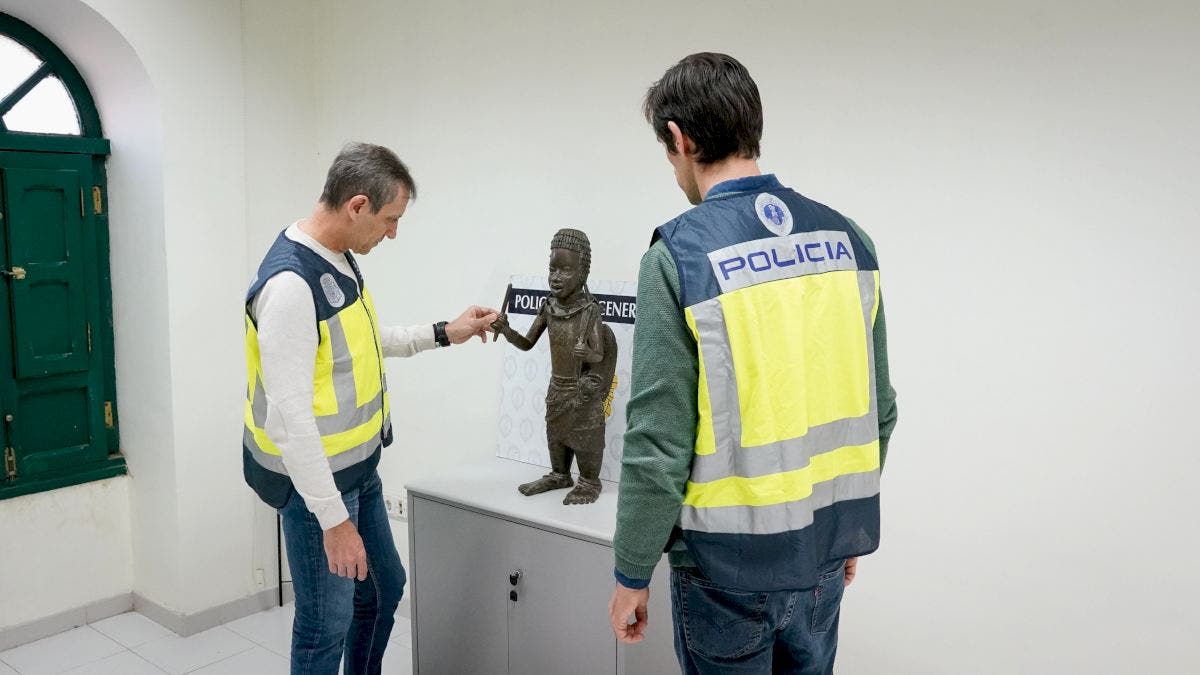 THE Policia Nacional’s Historical Heritage unit based in Valencia has recovered a piece of African art stolen in the Madrid area in 2016.

A man in Segovia Province is under investigation for illegally possessing it.

The bronze statue weighing in it at 21 kilos represents a musician from the Edo-Bini tribe in Nigeria.

It’s worth €10,000 and was taken from the Glendonwyn collection along with 348 pieces.

The collection was created by an African art lover who regularly travelled to Nigeria on business and amassed a huge amount of bronze sculptures.

All of the stolen items were worth over €1 million with the whereabouts of 206 still unknown.

The Glendonwyn collection comprises of over 3,000 objects.

In 1999, the government started talks with the collector to establish a museum in Madrid to house the pieces.

Discussions ended when he died three years later and the collection was split between addresses in Madrid, Tenerife, and Dubai.

The musician statue was found with the assistance of police in Segovia.

A person under investigation bought it from a private individual in June 2017 for €400 and without any supporting documentation.

Over a year later, he tried to sell it for €2,000 but he had to refund the buyer after police phoned him.

He kept his identity under the radar and it’s taken until now for him to be tracked down and referred to Madrid’s Criminal Court.