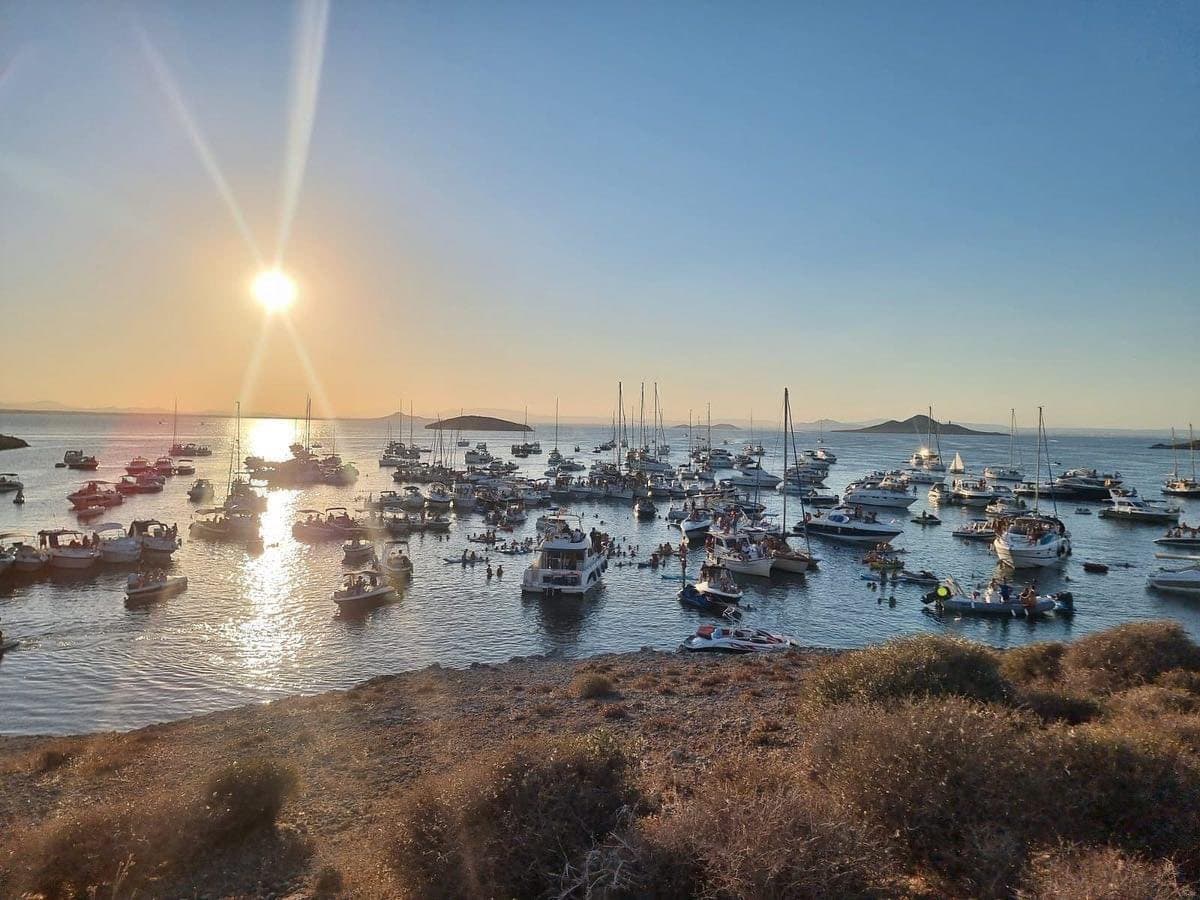 THE Guardia Civil is probing an unauthorised party involving over 100 boats in a specially protected area of the Mar Menor lagoon.

The gathering happened on August 20 and 21 in waters around the Isla de Ciervo.

Guests enjoyed a concert put together by a firm that specialises in putting together boat parties.

The vessels are said to have been anchored ‘for hours’.

The Guardia’s environment unit Seprona is trying to find out who organised the party in an area that has seen several ecological disasters in recent years.

In a resumption of national versus regional government disagreements, the Ministry of Ecological Transition in Madrid has accused the Murcia administration of having encouraged the mass gathering.

It said it was due to its ‘lack of prior control of recreational activities held in the Mar Menor’, adding that appropriate authorities should have been notified to obtain permission for an event like that.

The Ministry added that sanctions will be imposed if any environmental rules were found to be broken in addition to recreational activity laws and maritime safety.

The Mar Menor saw its waters turned into ‘green soup’ in 2016 due to unrestricted urban planning and illegal sanitation networks.

It’s meant that the lagoon has suffered from a lack of oxygen leading to dead marine life appearing on beaches in October 2019 and August 2021.