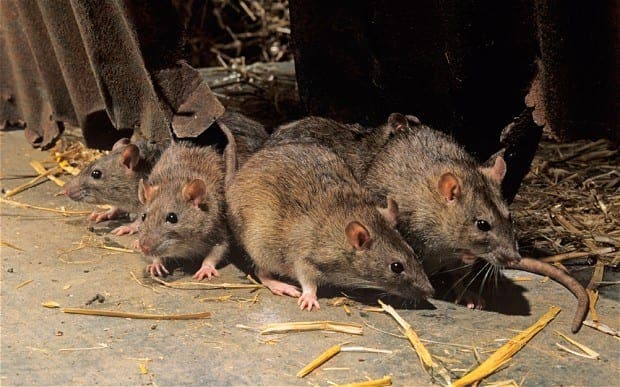 RESIDENTS of El Perchel—one of the oldest neighbourhoods in Malaga—are becoming increasingly concerned about a recent infestation of rats.

The sight of the unwanted rodents is becoming more and more widespread in this Malaga neighbourhood and has led to angry residents demanding action from the council.

Complaints have poured in with claims that the rodent invasion has been caused by the ‘overfeeding of feral cats’ from a colony living on a plot of land near the neighbourhood.

In a letter sent to Malaga City Council, the residents of the dwelling most affected by the plague of rats have stated that the rats ‘of exaggerated dimensions’ have ‘invaded’ the building and have ‘even invaded the false ceiling of a chiropody clinic’. The rodents also climb ‘up the communal downpipes to the third floor’, and have even ‘tried to enter the building through the balcony of the first floor.’

According to Luis Medina-Montoya, Director General for the Environment and Sustainability, who visited the area on October 19, along with other municipal officials, confirmed that the infestation of rats has been caused by the ‘dirty’ and ‘unhygienic’ surrounding lands and that there was ‘excessive feeding of feral cats.’

The owners of the two adjoining plots of land have now been sanctioned for the ‘unhealthy conditions’ of the properties.

The affected neighbours have also asked the council to relocate the community cats.