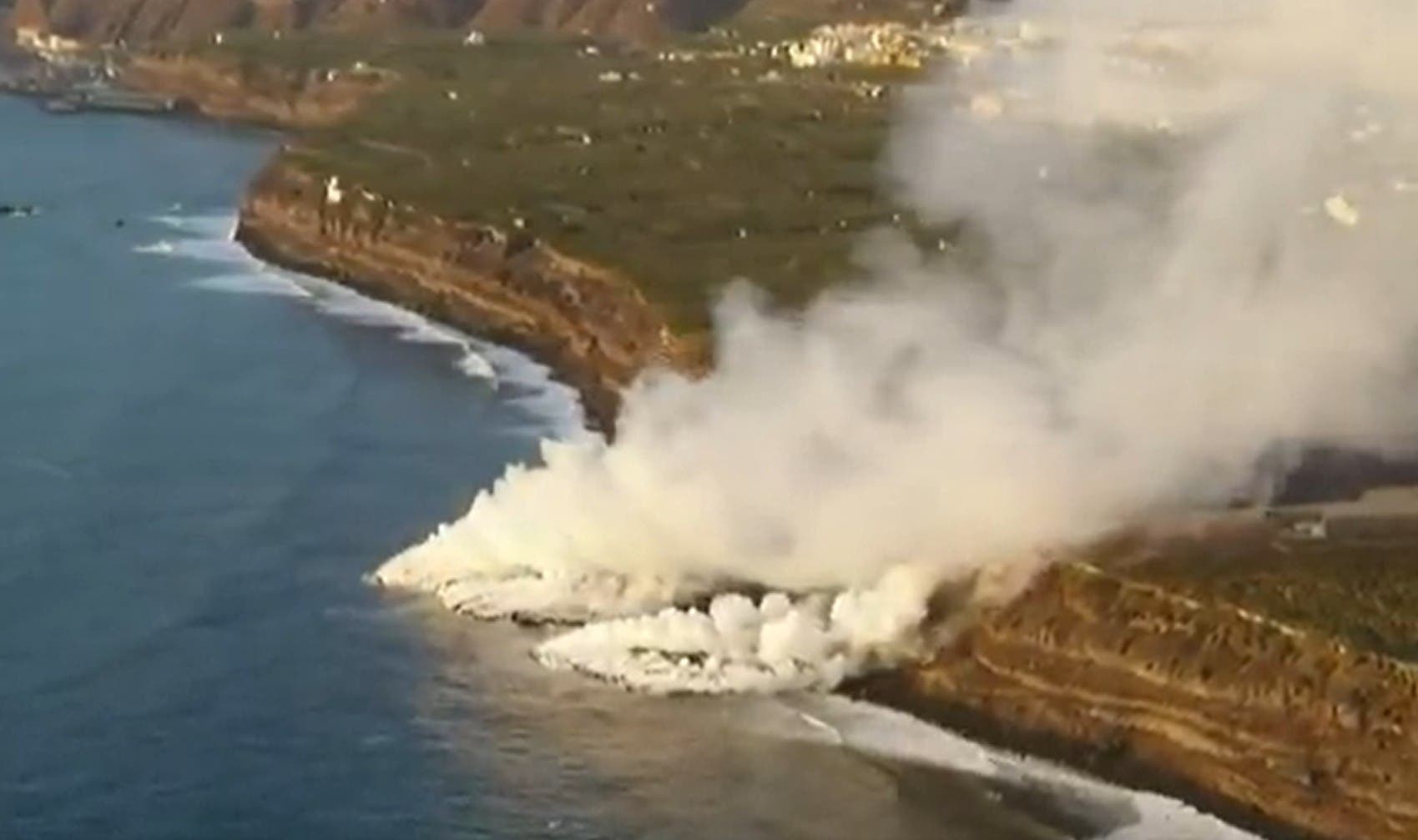 AUTHORITIES ordered residents in one coastal area to stay indoors as new lava flow cascaded into the sea sending up clouds of toxic gases.

The Canary Islands Volcanic Emergency Plan (Pevolca) “ordered the confinement” of around 3,000 residents on Monday due to “the possible release of gases that are harmful to health”.

This is the third river of lava to reach the Atlantic Ocean during the eruption of the Cumbre Vieja volcano which began on September 19 and shows no sign of easing.

Great clouds of gases were given off as the lava hit the water, with impressive images captured by Involcan, the Volcanic Institute in the Canary Islands.

Elsewhere on the island residents were advised to wear protective face masks to protect against the effects of dioxide and sulphur emissions if venturing outside.

This is the third time that a lava flow has reached the Atlantic Ocean since the Cumbre Vieja volcano in the south of the island erupted on September 19th, covering large areas with ash.

Meanwhile air traffic to and from the island remained suspended for the fourth day on Tuesday.

To date the molten rock has devastated 1,065 hectares of the island covering banana plantations and destroying nearly 2,651 buildings, according to satellite images taken by Copernicus.

Around 7,000 have so far been evacuated from their homes and face an uncertain future, while parts of the island have been cut off with the destruction of roads.

The last time the volcano erupted was in October 1971 when the eruption lasted 33 days.