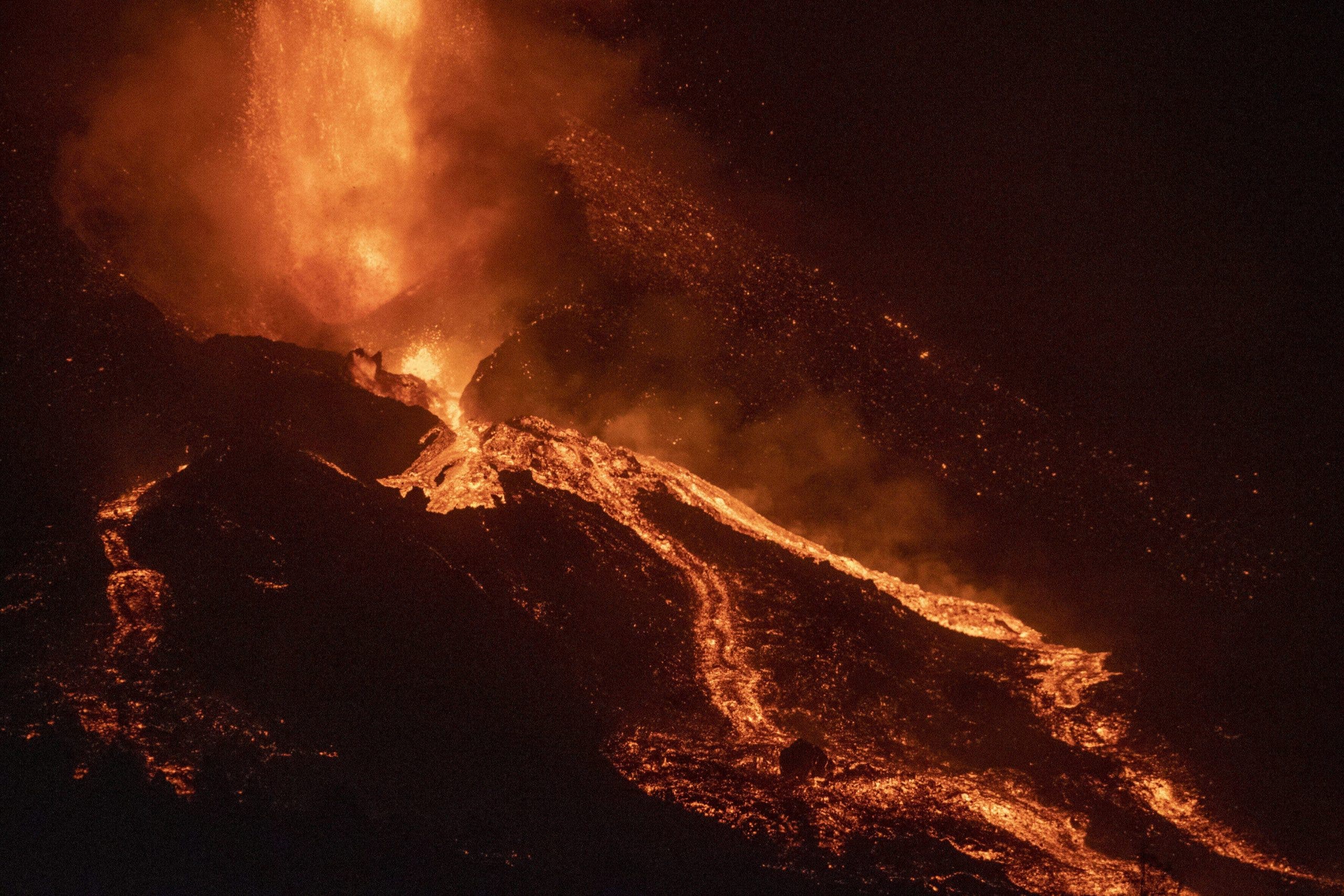 AUTHORITIES on the Canary Island of La Palma ordered around 3,000 residents to stay indoors amid fears of toxic gases released when lava from the volcano destroyed a cement works.

Thick black cloud billowed above the the towns of El Paso and Los Llanos de Aridano on the west of the island, as the cement plant was engulfed on Monday.

Residents were told to stay inside, and to shut windows, doors, shades and switch off air conditioning units to avoid breathing in the toxic fumes.

“Lock down, if possible, in the most inner rooms,” the emergency service said on its Twitter account.

La Cumbre Vieja volcano has now been erupting for more than three weeks after it first shot magma into the air on September 19.

Some 6,000 people have been forced from their homes as more than 1,200 buildings were destroyed and 600 hectares of land devastated by lava.

So far no-one has been injured or died as a result of the eruption.