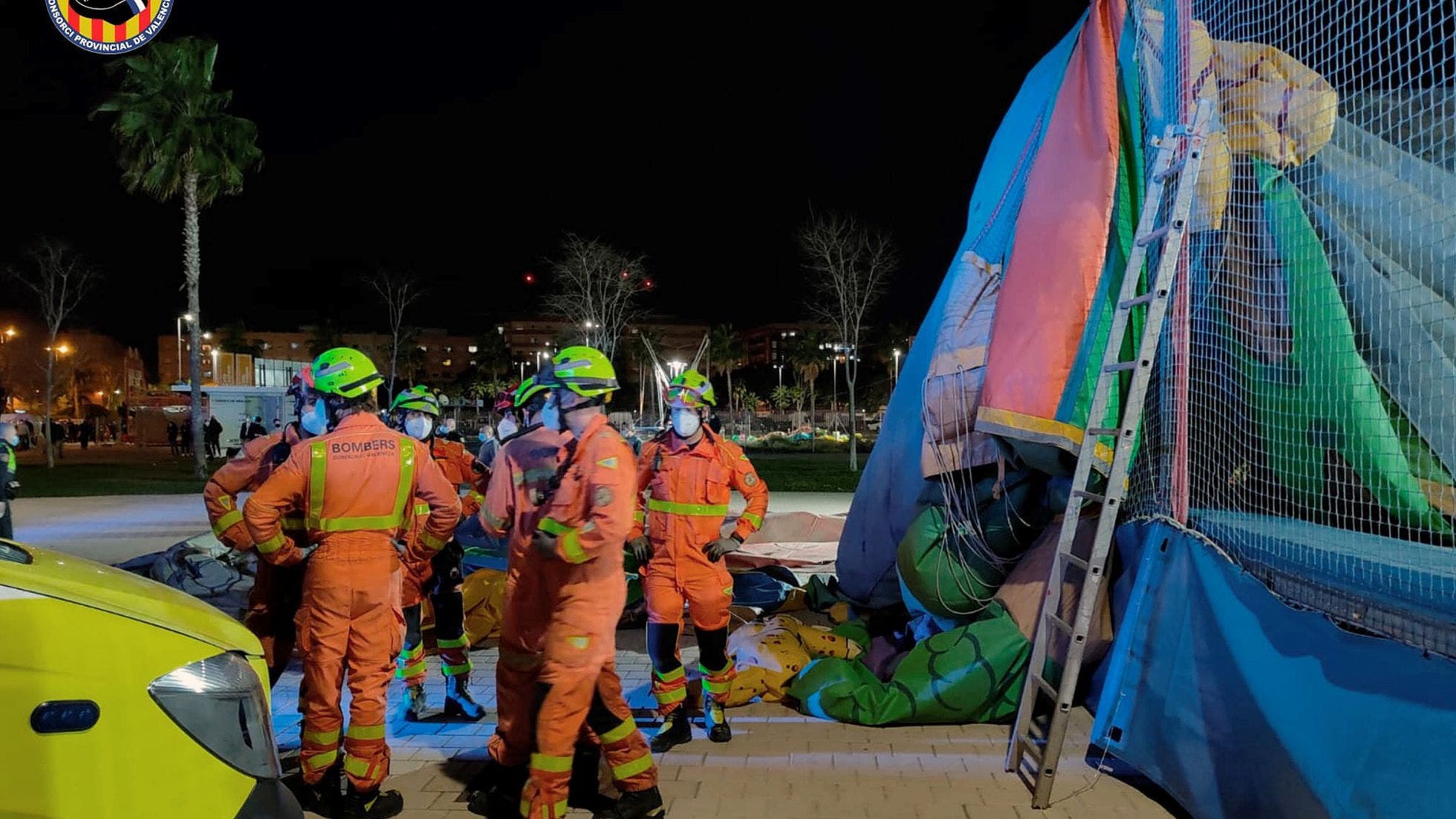 A second girl has died after last Tuesday’s accident in Mislata when a gust of wind blew a bouncy castle up into the air at a fair.

An eight-year-old girl suffered a fatal head injury when she was thrown to the ground.

A four-year-old victim was taken to Valencia General Hospital after landing onto a fairground stall.

She passed away on Sunday.

The Policia Nacional is investigating whether the castle anchors were secure enough under prescribed regulations.

Another aspect of the probe is that the attraction allegedly remained open despite winds exceeding 38 kilometres which is the maximum limit for inflatable attractions.

The family of the deceased eight-year-old girl last week said that they would be taking legal action against the attraction owner.