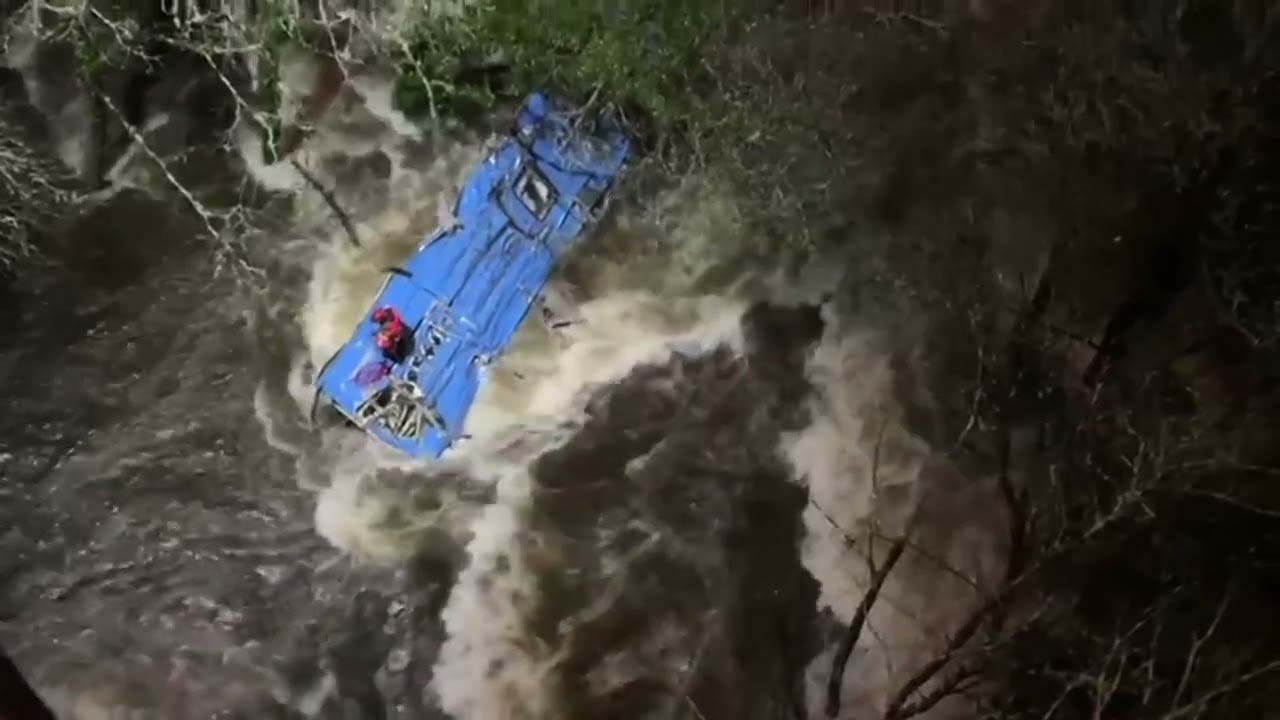 SIX people died and two were injured after a coach travelling between Lugo and Vigo in northern Spain spun off a bridge and tumbled into the river Lerez.

The accident happened on Saturday night at around 9.30 pm.

There were two survivors- the 63-year-old coach driver and a 56-year-old woman, who were pulled out of the river by firefighters and taken to hospital.

The driver had no excess alcohol and drug limits according to tests.

All of the passengers were travelling on the Monbus coach to meet families and friends for a traditional Christmas Eve meal.

The coach went off a straight road on the bridge for reasons unknown and and plunged 40 metres into the water.

Galicia president, Alfonso Rueda, said that ‘very bad’ weather was a likely cause of the tragedy.

Emergency services were phoned by a passer-by who spotted the bridge’s protective barrier had been severely damaged.

Minutes later, 112 was called from inside the coach as it filled up with water.

The river’s strong current and high flow due to heavy rains sweeping the Galicia region hampered efforts to retrieve the bodies throughout the weekend.

Fire crews plan to remove the new 55-seater vehicle from the river on Tuesday.