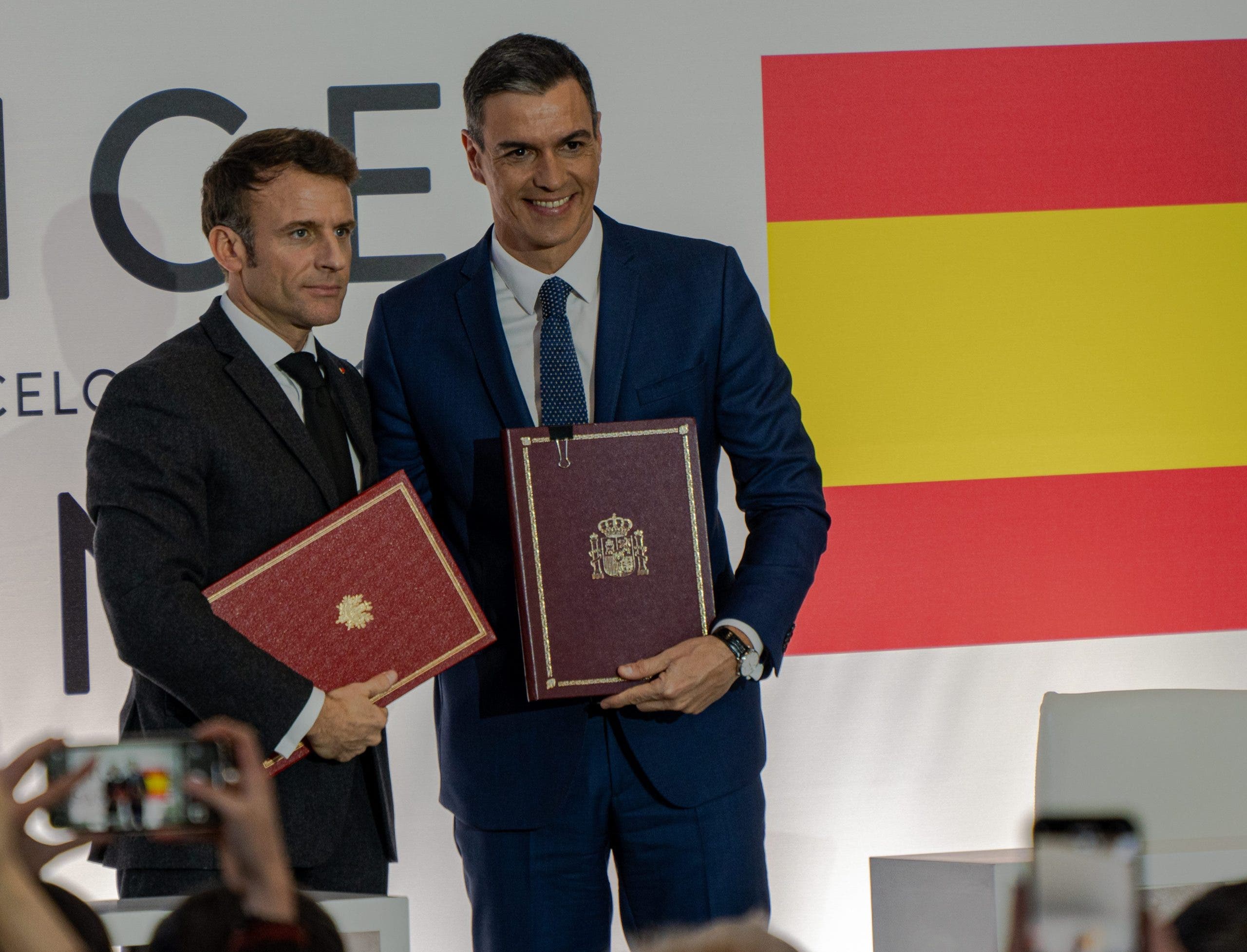 The meeting consolidated the good relations between the neighbouring countries, bothof which are advocating greater European integration and less nationalism at a time of concern for the future of the European Union.

The politicians found common ground at their meeting on the main issues in the continent that are affecting Spain and France, according to reports in Spanish media.

These included the response from the EU to US President Joe Biden’s plan to boost subsidies for renewable energies, something that could have a negative effect on investment in Europe.

The second issue they covered was reforms to the European energy market, in a bid to bring down prices. And the third was the rise of the far right, something that is affecting both countries.

‘I am one of those people who thinks that the far right is not the same as the rest,’ said Macron at a press conference after the summit. ‘It is nationalism, hatred toward the other.’

The Spanish prime minister had chosen Barcelona as the site for the summit not just as part of his drive to celebrate such meetings away from the Spanish capital, but also as part of his efforts to defuse the pro-independence drive in the region.

Although a small number of protestors – 6,000 according to the local police – did come out to demonstrate at the summit, the location of the event did convey a sense of normality that has been lacking since the independence drive peaked in 2017 with the illegal referendum on secession from Spain and unilateral declaration of independence.

‘For this treaty with France to be called Barcelona represents a homage of respect and admiration for this city,’ Sanchez said after the summit.

The prime minister also thanked the regional premier of Catalunya, Pere Aragones, for acting as host at the event. He played down the fact that Aragones, who is from the pro-independence Catalan Republican Left party, had not stayed when the national anthems were played.

In fact, the prime minister pointed out that at other, similar summits, some regional premiers had not even attended when invited. He was, according to El Pais, referring to politicians from the main opposition Popular Party (PP), who failed to come to a summit with Germany in the Galicia region or one with Poland in Madrid.