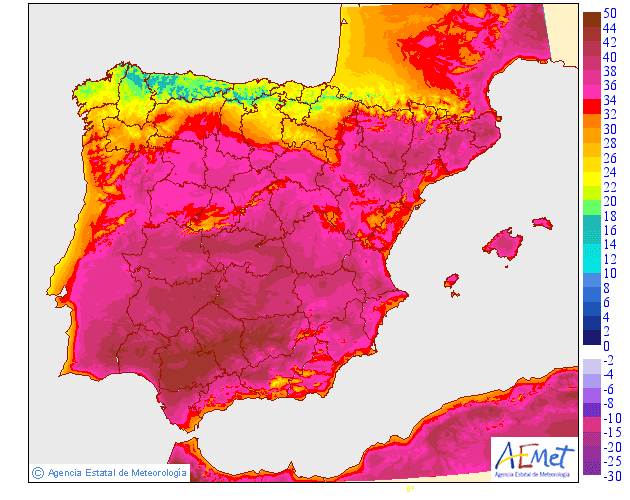 THE heatwave may have officially ended on Monday but that didn’t bring much of a respite from scorching temperatures across much of Spain as the mercury is set to soar again.

Spain’s meteorological agency AEMET have issued hot weathers  alerts across much of the peninsula over the weekend with temperatures set to reach above 40ºC.

Spain is set for the hottest summer on record and has already recorded more than 1,000 deaths during last week’s heatwave which lasted eight days.

Official figures released on Thursday showed that 1,047 deaths were attributed to the heatwave which lasted from July 10to Monday, July 18.

An increase in temperatures will not be good news for firefighters who have been battling to contain the worst wildfires to have hit Spain in at least a decade.

Blazes are still raging out of control in Zamora in Castilla y Leon as well as in the hills outside Madrid.