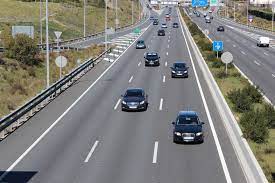 A DEVICE that requires drivers to pass a breathalyzer test before it will start the vehicle ignition system must be incorporated into all new cars sold in Spain from July.

The Alcolock system is connected to the ignition and requires the driver to blow into a breath-testing instrument before getting behind the wheel only allowing the vehicle to start for those below the legal drink driving limit.

Despite stiff penalties of those found over the limit including fines and even prison sentences, drink driving continues to be a concern causing around 4 out of 10 deaths in road traffic accidents across Spain according to government figures.

New cars purchased from July will have the attachment pre-installed.

Drivers blow for five seconds, and can drive if the result is normal.

However, even detecting a faint trace of alcohol the device will prevent you from starting the car for one minute to repeat the test. Afterwards if the breath alcohol level is above the limit (0.25 milligrams per litre), the car will stop for half an hour.

The device is already proving to be effective in the battle against drink driving throughout France and Germany, where the system is already compulsory.