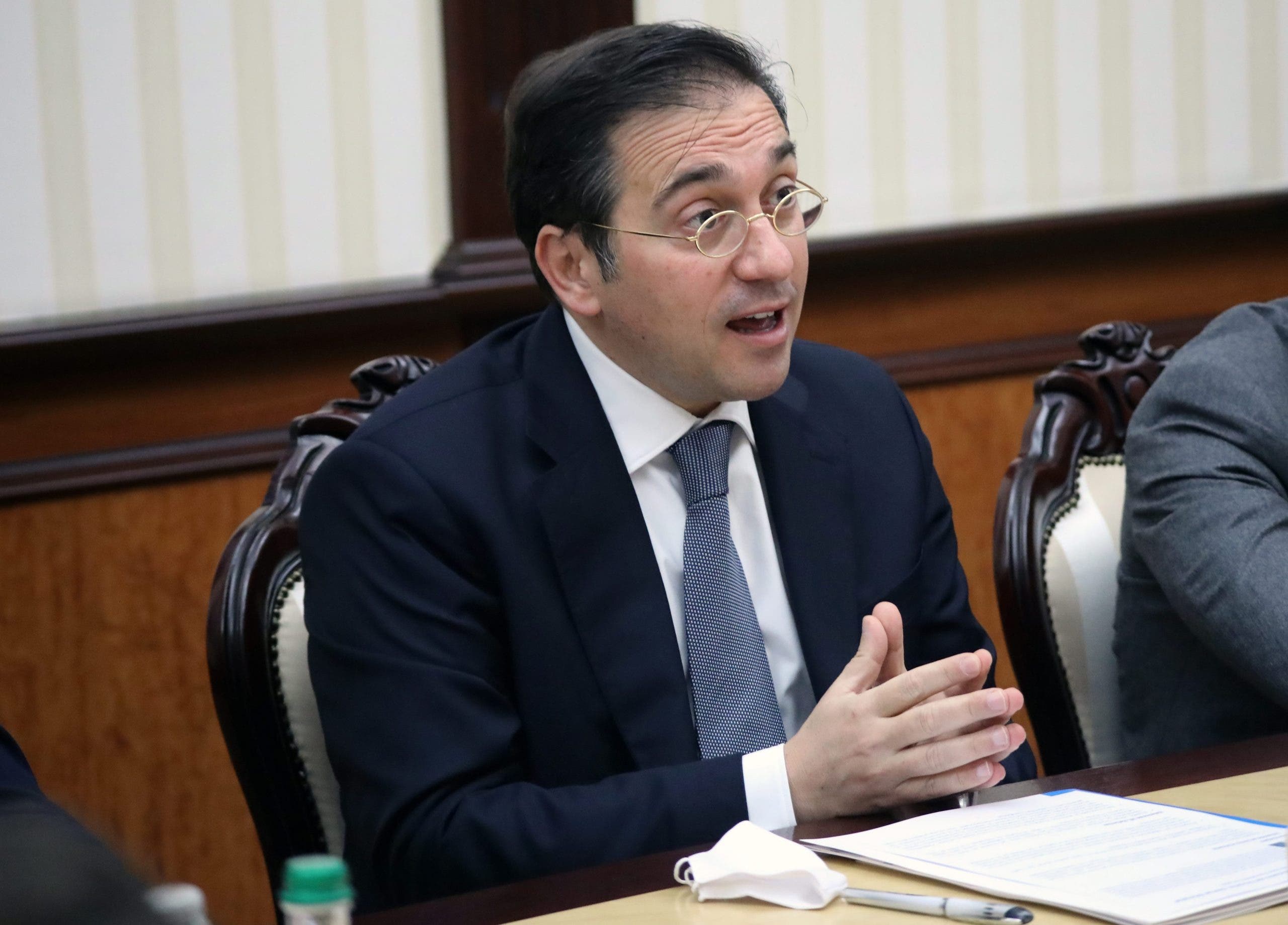 SPAIN’S Foreign Minister said his government is ‘very close to a deal’ with the UK on Gibraltar’s post-Brexit future at the Davos World Economic Forum.

In an interview with Reuters news agency, Jose Manuel Albares suggested that the two-year wait for an EU treaty could be coming to an end.

“I see a constructive spirit from the British side on the agreement related to Gibraltar,” Albares told Reuters.

“I think we are very close to the deal.”

Andalucian politicians and unions slammed the Foreign Minister for a statement on January 1 when he said Spain was ‘ready for any scenario’.

But in Tuesday’s interview Albares was far more positive of pushing toward a deal.

“Nothing is agreed until everything is agreed, but from the meetings I had with James Cleverly I see that we both want the agreement and are really working on it,” Albares said.

What he was not so clear about was how long negotiations would take.

“My experience with Brexit is that any timetable has never been respected,” he said.

Gibraltar’s Chief Minister Fabian Picardo said this week that the detail of the draft treaty was ‘mind-blowing’.

The outstanding issues still to be settled have left people wondering if all sides will agree to a deal before Spain’s general election in December.

Spanish conservative party are leading in the polls and an alliance with far right party Vox could spell the end for the talks.