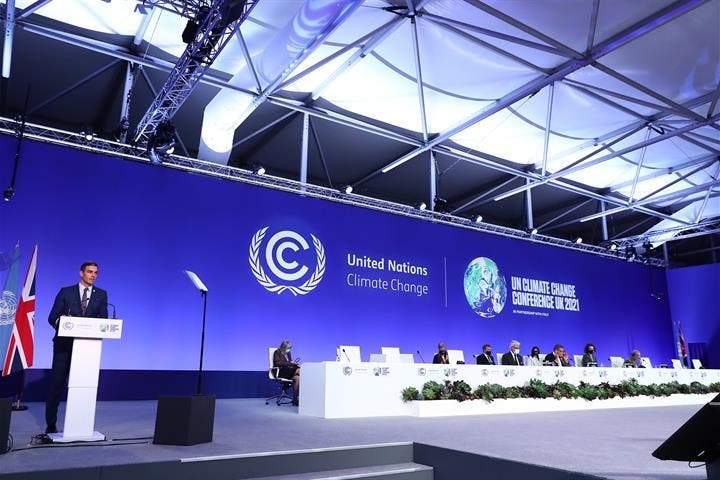 SPAIN has opted out of a deal to ban fossil fuel cars from the roads by 2035 at the COP26 climate change summit in Glasgow Scotland.

A total of 31 countries and 11 major automobile companies showed their commitment to the framework of the COP26 climate summit, by agreeing to sell only zero-emission cars by 2035 (developing countries will need extra time- around five years).

The United Kingdom, the Netherlands, Canada, Austria and India are among the signatories to the deal. However, major car manufacturers such as the United States, Spain, Germany and France are absent. The three latter ones are awaiting the negotiation of a similar proposal from the EU Commission that if successful would also establish a ban on the sale of polluting cars throughout the bloc in 2035.

The unexpected announcement that the US and China say they would work together to tackle climate change received a cautious welcome from activists and politicians. The EU and UN said the declaration is encouraging and heralded it as an important step forward, however, Greenpeace said it believes that the two nations need to show much greater commitment to reaching climate goals.

The US-China declaration was announced as COP26 in Glasgow is close to coming to an end. The summit witnessed the two countries – the two biggest carbon dioxide emitters in the world – vow to boost climate cooperation over the next decade. Both global rivals said they would work together to achieve the 1.5C temperature goal set out in the 2015 Paris Agreement.

Pedro Sánchez announced that Spain intends to increase climate finance by 50% to 1.35 billion euros a year from 2025 onwards on Monday, November 1. Spain’s President was the first to speak during the segment dedicated to presentations by national leaders, as a gesture of recognition of Spain’s leadership on climate change, reflected in the approval of a Climate Change and Energy Transition Law; the decision to allocate almost 30 billion euros from the Recovery Plan to ecological transition; and Spain’s organisation of COP25 in Madrid, following Chile’s resignation, at a very difficult time in the fight against climate alarm.