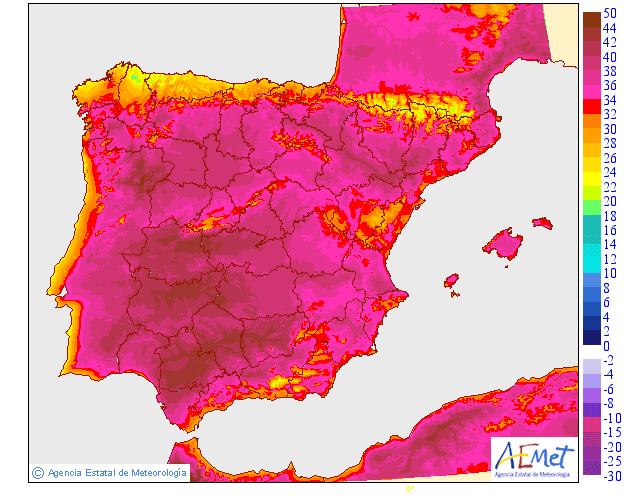 IT has only been the briefest of respites, but Spain is set to sizzle once again as the third heatwave of the summer reaches its climax on Tuesday.

Spain’s weather agency AEMET issued heat warnings across almost all the country – with only Asturias in the north and Murcia in the southeast the regions in Spain entirely free of heat warnings.

Temperatures are expected to reach their max on Tuesday, peaking at over 42ºC in some areas of Spain.

The heatwave is not predicted to be as intense as the one in July when more than 500 people died as a consequence of the high temperatures.

This year has already proved to be the most devastating of the century so far in terms of wildfires with more than 230,000 hectares destroyed.

Most of Spain continues to be at extreme risk of wildfires as illustrated in the maps below.