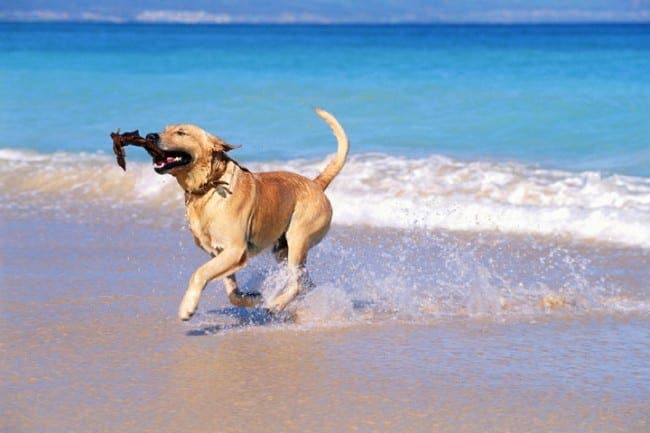 THE JUNTA has just granted the authorisation for a second dog friendly beach on Almerian shores.

There is currently only one official dog friendly beach in the province of Almeria, a 350 metre linear stretch, situated on the outskirts of Adra, between the beaches of El Lance de la Virgen and La Gaviota.

Now the province has been given the green-light by the Junta to set up a second dog friendly beach, this one in Costacabana.

The news was announced last Wednesday, August 3, by Maria Vazquez, mayor of Almeria City Council, during a visit, accompanied by the Councillor for the Promotion of the City, Carlos Sánchez, to the canine park located in Almeria capital, near El Bobar.

It is expected that the new Costacabana dog beach will have a surface area of 3,500 square metres along 330 metres of coastline.

The dog park located near El Bobar, at the mouth of the river, opened last year and has just seen some improvements made, including; a dog shower, drinking fountain and recreational equipment for pets. The investment on the 25,000 metre canine park has tallied €17,000.