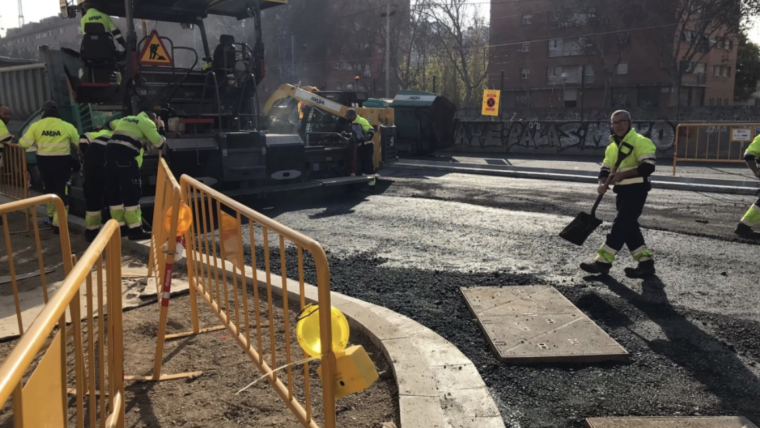 A NEW road surface has been unveiled in Barcelona using non-recyclable plastic waste in the first project of its kind in Spain.

The environmental pilot project unveiled on January 1 in Barcelona’s Bon Pastor neighbourhood is one of many experimental and radical innovations to address plastic waste that comes amid warnings that by 2050 there will be more plastic in the sea than fish.

The new material is said to be more resistant than traditional road surfaces to heavy traffic, as well as helping cut greenhouse gas emissions during the manufacturing process and the subsequent handling process.

If widely adopted it could help tackle the problem of the huge amount of plastic ending up in landfills, illegal dumps, waterways or burnt in open pits.

Spain produces over two million tons of plastic waste every year, with only 43% being recycled.

This particular stretch of road surface along the Paseo de la Verneda used a total of 4,500 kg of plastic, equivalent to 3,000 household garbage bags full of plastic, which would have otherwise not been recycled.

If the pilot project is successful, the type of road surface will be used in other parts of the city.

Palma Port Authority could be hit with fine of €45,000 over molten plastic waste

Spain to ban plastic packaging for fruit and veg